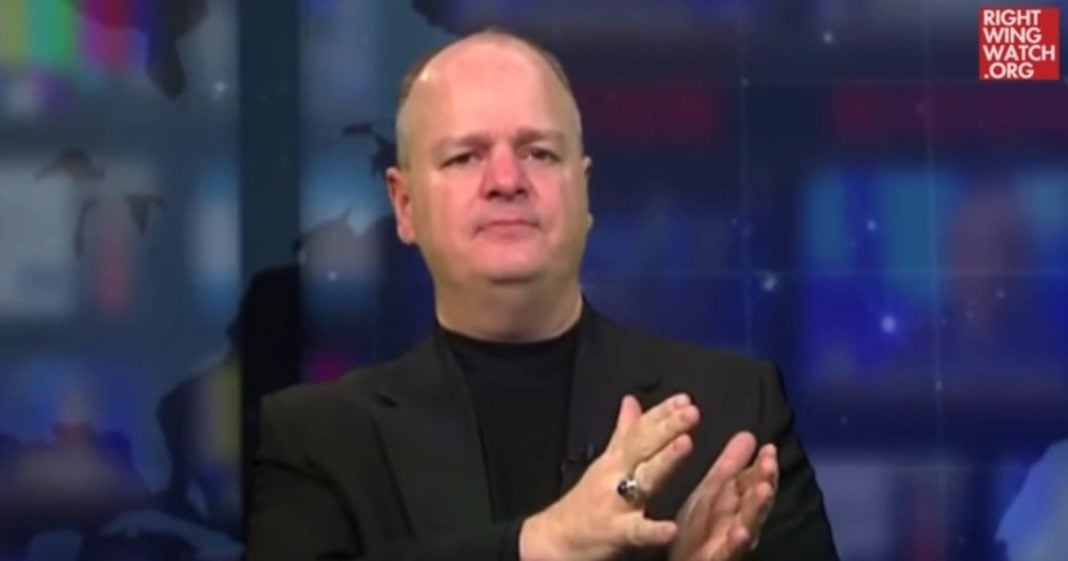 This week, Religious Right activist and Colorado state legislator Gordon Klingenschmitt took a massive leap by accusing gay and lesbian citizens of America of persecuting Christians similarly to the way that ISIS persecutes (and murders) dissidents in the middle east.

Though they have Donald Trump preparing to run the country straight into the ground, evangelical dingbats across the nation just won’t sit down and shut up about their so-called persecution.

Klingenschmitt was engaging in some stark raving mad ranting on his program, “Pray in Jesus Name,” when he made the massive leap.

Oh you know, one is murdering innocent people for their sexuality while the other says, “hey, these people’s sexuality is none of your damn business so shut up and do something else with your time.”

Honestly, does anyone need safe spaces more than idiots like this man?