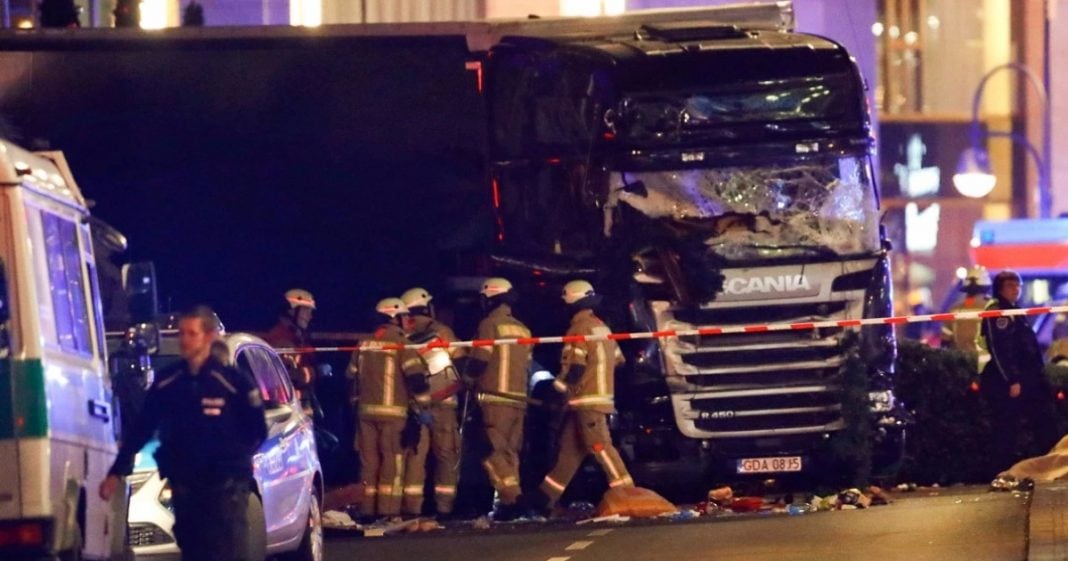 Nine shoppers were killed after a truck plowed into a Christmas market in Berlin, Germany on Monday in what is being considered one of the deadliest attacks in Germany in decades.

In addition to the fatalities, more than 50 individuals were injured by the truck’s violent path. It is still unclear at this point if the incident was a deliberate attack, though it echoes a similar attack earlier this year in Nice, France.

Witnesses say that the truck was traveling around 40 MPH when it crashed into the market, killing several and injuring many more.

“Police said on Twitter that they had taken one suspect into custody and that another passenger from the truck had died as it crashed into people gathered around the wooden huts serving mulled wine and sausages at the foot of the Kaiser Wilhelm memorial church in the heart of west Berlin.”

“I heard a big noise and then I moved on the Christmas market and saw much chaos…many injured people,” Jan Hollitzer, deputy editor in chief of Berliner Morgenpost, told CNN.

Police a rescue services were quick to arrive on the scene, and out of fear of additional danger in the area, citizens have been told to stay away from.