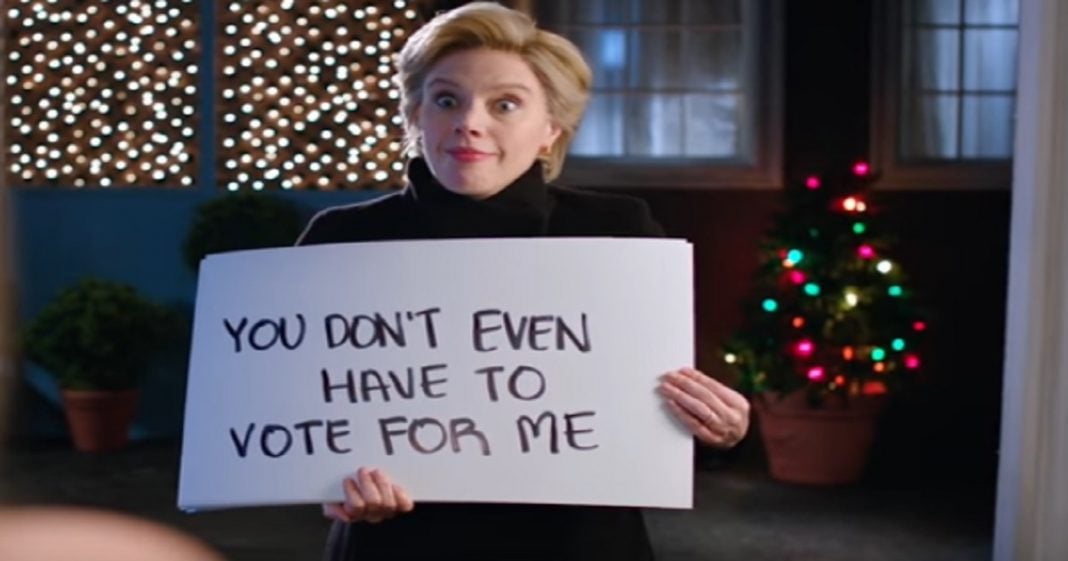 Now that Donald Trump has made it his mission to oppose comedy sketch show Saturday Night Live at every turn, it has become the comedian and actors’ singular goal to push the PEOTUS as far as they can – and they have not let up for a single week.

Despite Donald Trump’s assertions that SNL is unfunny and past its prime, the cast only seems to improve from week to week, making it clear that they gain strength from his fury.

On this week’s episode, SNL tackled Russian rumors, Putin’s relationship with Trump, and Hillary Clinton’s quiet but insistent mission on convincing the members of the electoral college to vote anyone but Trump.

Parodying infamously corny Christmas movie “Love, Actually,” “Hillary, Actually” features SNL’s Kate McKinnon appearing once more as Hillary Clinton to inquire that the electors vote for “literally anyone else” other than Trump.

“You’re supposed to vote for Donald Trump…” one card reads. “But bish, he cray.”