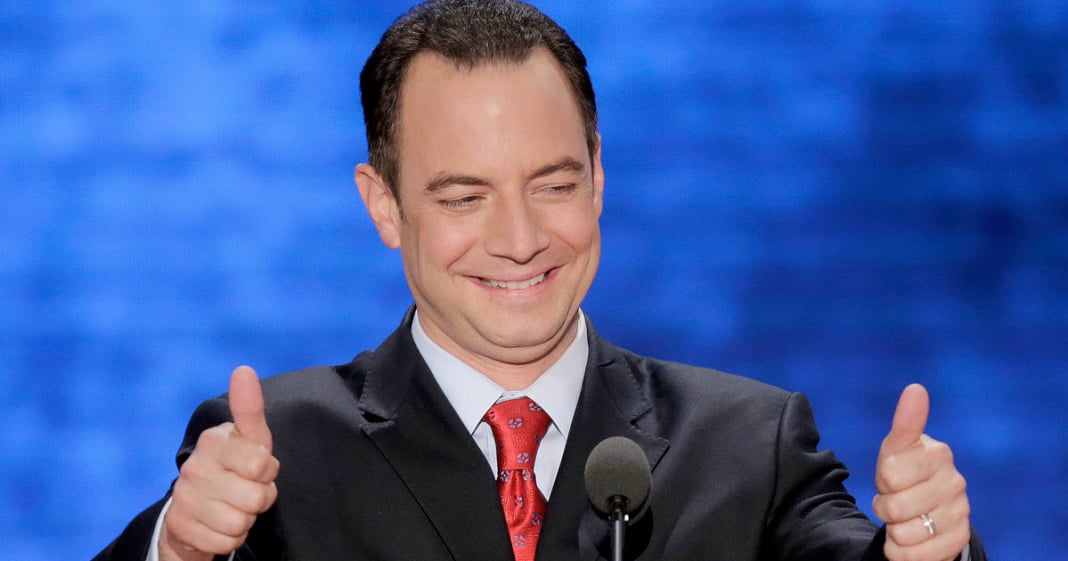 When describing our future president, many different words and expressions come to mind – dangerous, dopey, thin-skinned, fascist, horrendous, orange, hair piece – I could go on for days. But the one thing almost no one would ever accuse Trump of being is “factual.”

And yet that’s exactly what current RNC chairman Reince Preibus said about his presidential pick on Fox News Sunday with Chris Wallace in response to the President-elect’s dangerous remarks about China.

Speaking about a now infamous tweet in which Trump referred to China’s actions of taking possession of an American drone in international waters as “unpresidented,” Priebus said that most of America agrees with the man.

“I think every single thing he’s done has been factual and has been in line with where 80 percent of the American people are.”

Of course, like any good Trump advocate, Priebus was forced to speak for the man, interpreting to the media and the nation at-large what they really believed Trump meant to say.

“The Chinese ripped a drone out of the water. President-elect said this is an unprecedented act, totally inappropriate. He didn’t quite use those words, but that’s essentially what he said in a tweet.”

Constantly having to interpret what one believes the president meant to say isn’t just stupid, it’s dangerous. Not everyone has the advantage of hearing Trump’s bullshit artists at work, spinning his word vomit into rational policy statements.