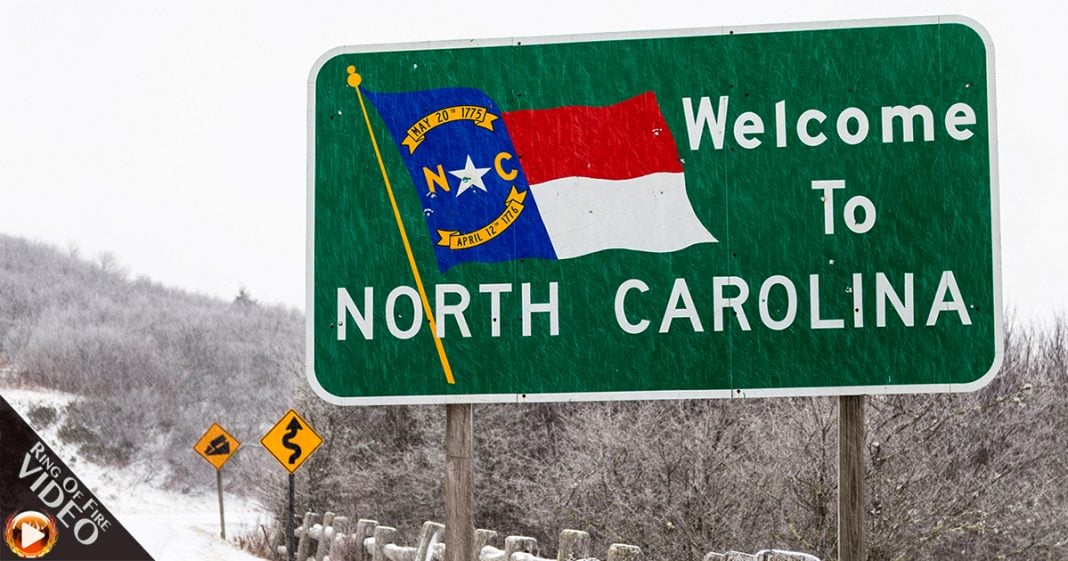 Republicans in North Carolina have officially gone off the deep end, and they are attempting to strip the incoming Democratic governor of all of his powers. The Ring of Fire’s Farron Cousins discusses this.

One of the more egregious things that they’re going to do is prevent the governor from being able to appoint his own cabinet. Any cabinet position that Cooper tries to appoint someone to, that person has to be approved by the Republican-controlled state legislature first. They’re also trying to prevent Cooper from being able to appoint new people to the state’s board of elections and as we know, North Carolina has one of the most repressive voting laws in the country. They don’t want Cooper and his new board of elections to overturn those laws or to get rid of them, so they’re trying to make it to where he can’t do that. Again, this legislature is going to have to approve those people.

Essentially, they’re trying to make Roy Cooper a lame duck, a powerless, politically-impotent lame duck before he even takes office. This kind of move by a Republican party, by a Republican legislature in the United States is completely unprecedented. This is not something that we have ever seen and the reason that they’re doing this, one, they’re still pissed off, like I said, about losing the election, but two, Republicans in North Carolina understand that the landscape of the state is changing every day. The demographics are shifting. White people don’t have as much power there as they used to, and it pisses them off. They want that whiteness to still be the trademark of North Carolina, but they can’t hold on to it anymore. They don’t want to fight with all these young people coming there to go to school who tend to lean a lot more progressive than the elderly folk. They’re terrified that they’re losing power, that their entire life’s work is going to be stripped away from them. To be quite honest with you, it needs to be.

Republicans have helped to destroy the state of North Carolina. You really can’t look at anything these Republicans have done and point out a decent accomplishment. They’ve oppressed people of color. They’ve oppressed transgender people. One of the harshest anti-trans laws in the country. They’ve lost billions of dollars in economic revenue, not just from their homophobia but from the racism and from just plain bad Republican governments. These Republican in North Carolina understand all of that, but they don’t want to give it up. These are people who would gladly return to pre-Civil War era where they could easily just boss these people around because they own them. They could put them to death; they could kill them if they wanted to, and that’s the problem with the mentality of the Republican party in North Carolina.

Another problem is that if they manage to pull this off, if they’re successful, this is going to happen all over the country. We’ll see it happen in bigger states that have more of an electoral impact. Ohio, Pennsylvania, Florida. We have to make sure that this doesn’t go anywhere, that these Republicans are stopped, and I hope Roy Cooper, as he said, plans on suing them if they go forward with this. Would be a pretty easy case, especially if he’s got the Supreme Court in North Carolina now a Democratic majority. These Republicans have to understand that this kind of coup has consequences. They don’t get to unilaterally act. Sorry, but that’s the way the government breaks down. Nobody has absolute power, and these Republicans are about to get a real harsh lesson in the US Constitution and the North Carolina state Constitution if they continue with their crusade to try to strip the incoming governor of all of his power.