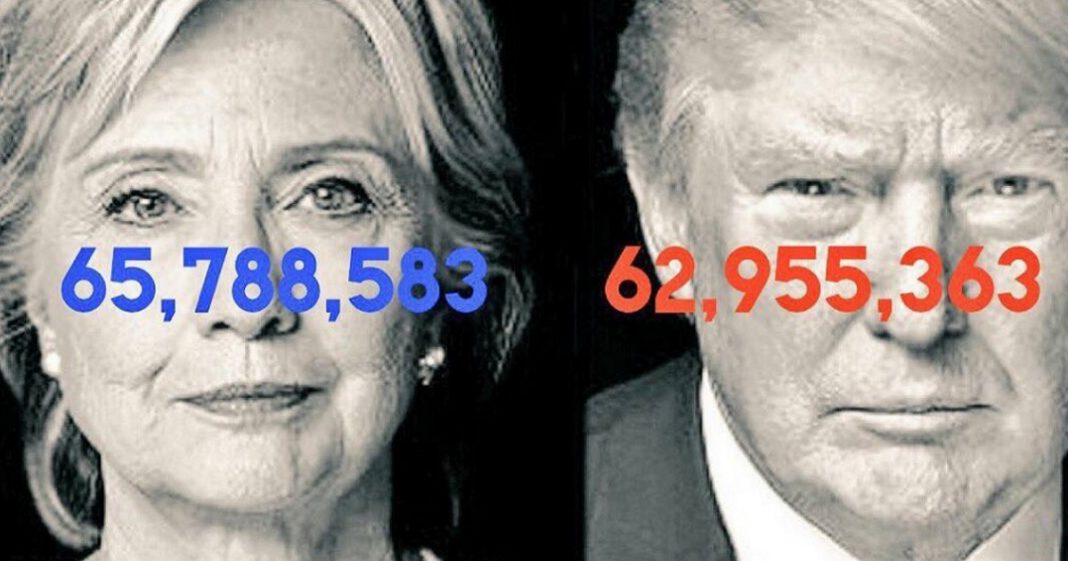 Though Donald Trump was declared our President-elect long ago, the popular vote continued to roll in in the weeks since the election until a final vote count was finally reached.

All told, Hillary Clinton has won more than 2.86 million votes more than Donald Trump, leading the orange demagogue by more than 2.1 percent. Unfortunately for Clinton (and Democracy), Trump continues a significant lead in the electoral college, despite what the popular vote has to say.

Clinton’s votes seem even more impressive when compared to wins by other candidates in past races. For example, the number of votes Clinton has won falls just over 70,000 shy of what Obama won with in 2012.

And yet, the votes were in the wrong states to win. The difference between Obama in 2012 and Clinton in 2016 is a whopping 100 electoral votes.

It is this excess of votes that has inspired many to call on electors in the college to vote no confidence in Trump come Monday, December 19th. While the purpose of the electoral college is clear, a difference this major cannot simply be ignored.

Very few electors have declared they will vote “no confidence,” on Monday, but that hasn’t stopped protesters and activists from putting the pressure on. While the receive death threats from the Trump camp, electors demanded – and were denied – to be provided with the evidence the FBI and CIA claim to have in relation to the Russian hacks.

No matter what they end up voting, it is easy to say that the electors in the electoral college will have the toughest job on Monday as they decide the fate – once and for all – of this free nation.