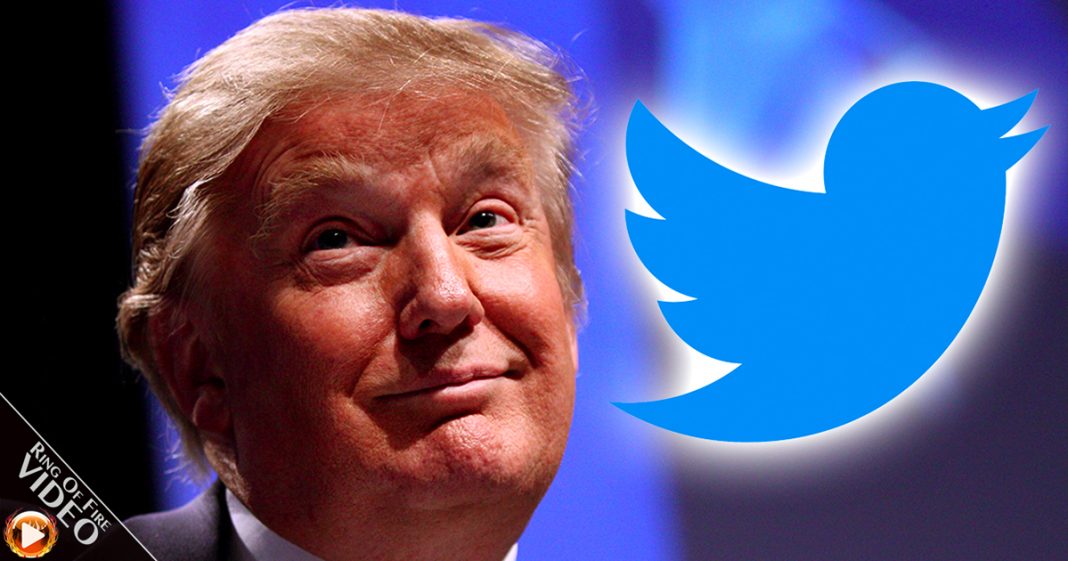 Donald Trump has an impressive Twitter following, but rather than using it to promote issues or bring national attention to important problems, he’s using it to attack outlets like Vanity Fair for criticizing him. The Ring of Fire’s Farron Cousins discusses this.

For the love of God, can somebody please get Donald Trump off of Twitter? I don’t know if he’s sitting at a computer doing this or if he’s doing it on his phone, but somebody, somebody close to Donald Trump, take it away from him.

Think about this. This past week, a lot of things happened across the planet that were of incredible significance and importance, and Donald Trump, instead of addressing any of this, decides to attack Vanity Fair on Twitter because they wrote an unkind review of his new restaurant Trump Grille. They said it was probably the worst restaurant in the world. Trump, in true Trump fashion takes to Twitter, says that Vanity Fair’s a horrible magazine. Graydon Carter, who’s the editor in chief of it, bad guy, not very good, he’s out soon, nobody reads Vanity Fair anyway. This actually continues along tradition Donald Trump has of attacking Vanity Fair on Twitter. Back in 2014 he called Graydon Carter a sissy, and said that nobody goes to the Vanity Fair Oscar Parties anymore.

Get this man off of Twitter … because he’s got a big following and his idiot supporters actually believe this stuff. They’re very easily swayed one way or another because there’s not much happening up here with them. What Donald Trump could do, if he was a decent human being, if he had a single fiber of decency in his body, he could use that Twitter power for good. He could be talking about Aleppo and how horrible it is, and wondering why the US isn’t intervening to go in there and save people. Save children from having buildings fall on them. He could be talking about the fact that income inequality is just getting worse in the United States. He could talk about the fact that the environment is burning down, but instead he uses his Twitter to talk about the fact that climate change is a hoax perpetrated by the Chinese.

This man is borderline crazy, and social media is helping him. It’s helping spread the crazy. Again, I implore, if anybody in Donald Trump’s family, anybody that happens to be near him, if you’re watching this, take away his phone. Just grab it for a second, just delete the little Twitter app, it’s fine. Go on his computer in his office, erase his Twitter password, take it off of auto-fill so he doesn’t have it anymore. I’m sure he’s not smart enough to remember it, and then just let it go. Just let it go. This man is destroying the world with a Twitter account because he’s so vain and vacuous that he can’t use it to talk about issues, he instead has to use it as a tool to attack anyone who happens to be slightly critical of anything he has ever done. Somebody stop him.