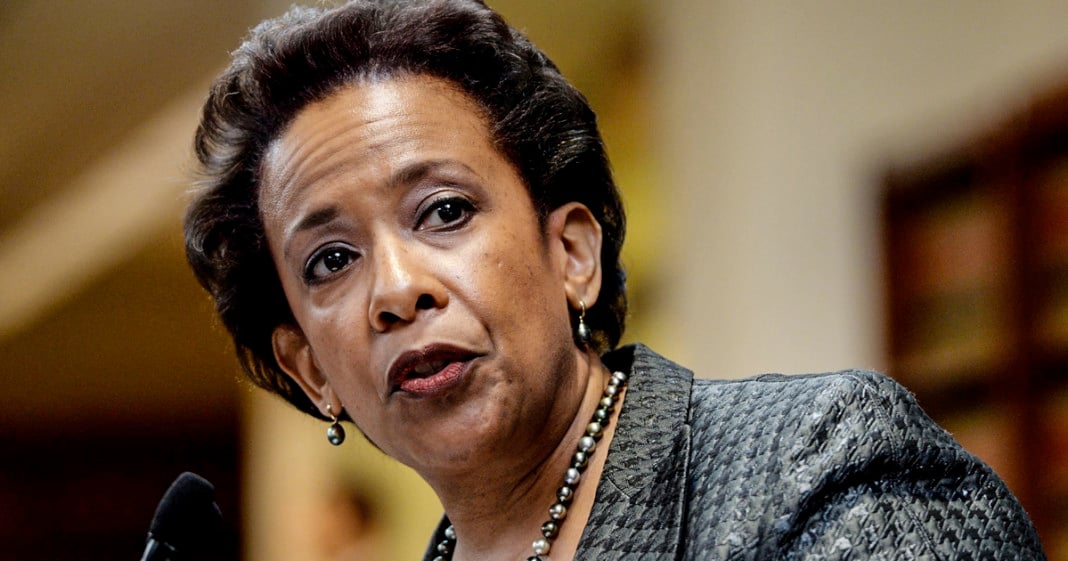 Attorney General Loretta Lynch admitted this weekend that her meeting with Bill Clinton during the election season was both ill-advised and had a possible effect on the election outcome.

Speaking with The Lead’s Jake Tapper, AG Lynch expressed regret for what she maintains was an innocuous meeting with Bill Clinton.

“I wish I had seen around that corner and not had that discussion with the former president, as innocuous as it was, because it did give people concern. It did make people wonder is it going to affect the investigation that’s going on, and that’s not something that was an unreasonable question for anyone to ask.”

Lynch said that she understood why people were scandalized by the meeting, which is why she took action and distanced herself from the investigation.

When photos and reports surfaced of the AG and the former president meeting together on an airport tarmac, rumors began to fly that Lynch was too close to the family to make a proper ruling on the FBI’s ongoing investigation of Clinton’s email server.

In response to this political upheaval, Lynch did the right thing by saying she would stay far from the investigation, but it was this neutering of her power which likely led to FBI director James Comey’s 11th hour email statement which had a significant effect on polling numbers just days before the election.

If AG Lynch hadn’t had that meeting with the President, she might have been able to step in and stop Comey from making his premature and political call just days before Americans headed to the polls.

But Lynch denied that her actions led to Comey’s election blunder and said that she didn’t think it was smart to speculate.