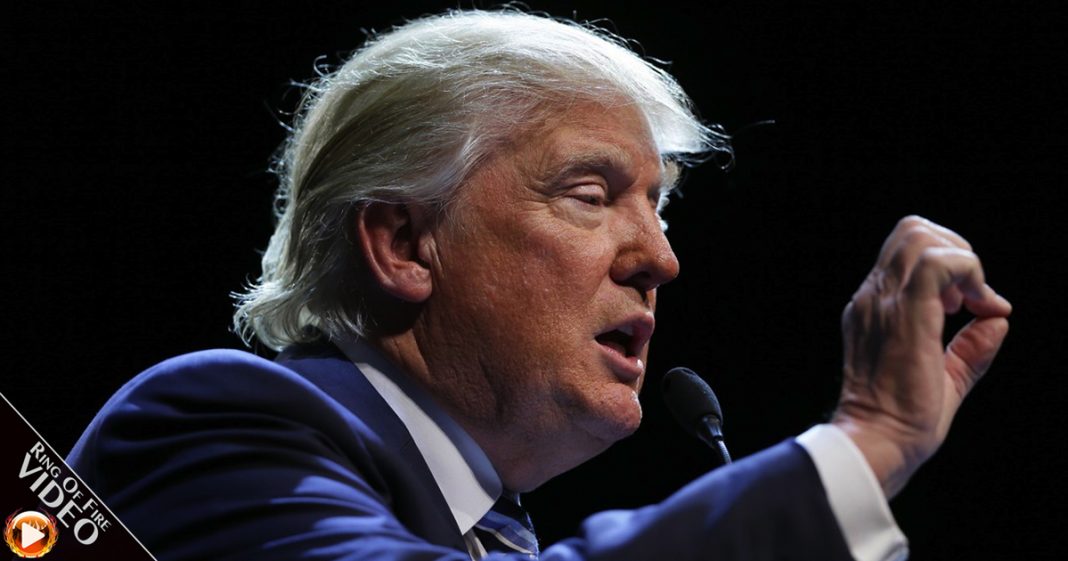 Self-proclaimed “smart guy” Donald Trump told Fox News this weekend that no one really knows if climate change is real or what’s causing it. Perhaps if this smart guy picked up a scientific journal he’d understand that it is real and that even his pals at Exxon understood the causes more than 40 years ago. The Ring of Fire’s Farron Cousins discusses this.

Donald Trump, the self-proclaimed real smart guy, told Fox News’ Chris Wallace over this past weekend that quote, ‘Nobody really knows if climate change is happening, or what’s causing it, or if it’s even real.’ Again, got to point out the fact that this past weekend as well Donald Trump told reporters on Fox News that he was like a real smart guy, and for a real smart guy to say that nobody knows if climate change is real, or if it is what’s causing it, is probably one of the dumbest things that I have heard throughout this entire campaign season, and that says a lot, because if this real smart guy, Donald Trump, ever bothered to maybe pick up a scientific journal or hell, even just read an article, probably not American Media, because we’re horrible at covering climate change, but maybe something from The Guardian, or Al Jazeera, you would understand without a doubt that there is no dissent within the scientific community. We’re looking at about 98% of scientists today who have concluded that yes, climate change is very real and that human activity is causing it.

If he needs any more proof, maybe he could ask his little buddy, Rex Tillerson, the Exxon CEO who’s about to become our next secretary of state, because after all, we also know now that Exxon knew that climate change was occurring, and they knew that man’s carbon pollution, the burning of carbon, releasing it into our atmosphere was causing the problem. They knew that back in the 1970s, according to their own document, a decade before scientists ever brought the issue of global warming to Congress and to the American public. Exxon was the first place, first group, first company, first organization in the United States to really understand the concept of global warming.

Donald Trump does know that climate change is real. He’s not a smart guy, but he’s not … He’s average intelligence. I would probably give him that, and it’s real easy to comprehend. When you have almost 98% of all academic studies on climate change concluding the exact same thing, you kind of need to err on the side of the scientists, especially considering the fact that Donald Trump put so much stock into Exxon, enough to put their CEO as his secretary of state, when Exxon’s known about climate change longer than anyone else. It’s very real. It is a real threat, and it is something that the Trump Administration, regardless of how many times we say it, they’re not going to take it seriously.

Until it directly affects Donald Trump, he is going to continue repeating the line that we just don’t know. We don’t know. The science isn’t concluded. Maybe it’s just the natural cycle. Look, it’s cold outside today, so I guess climate change isn’t real. That’s not good enough, and it certainly isn’t good enough for a world leader, who actually, worth pointing out, will be the only industrialized, westernized leader in the world who actively denies that climate change actually exists.