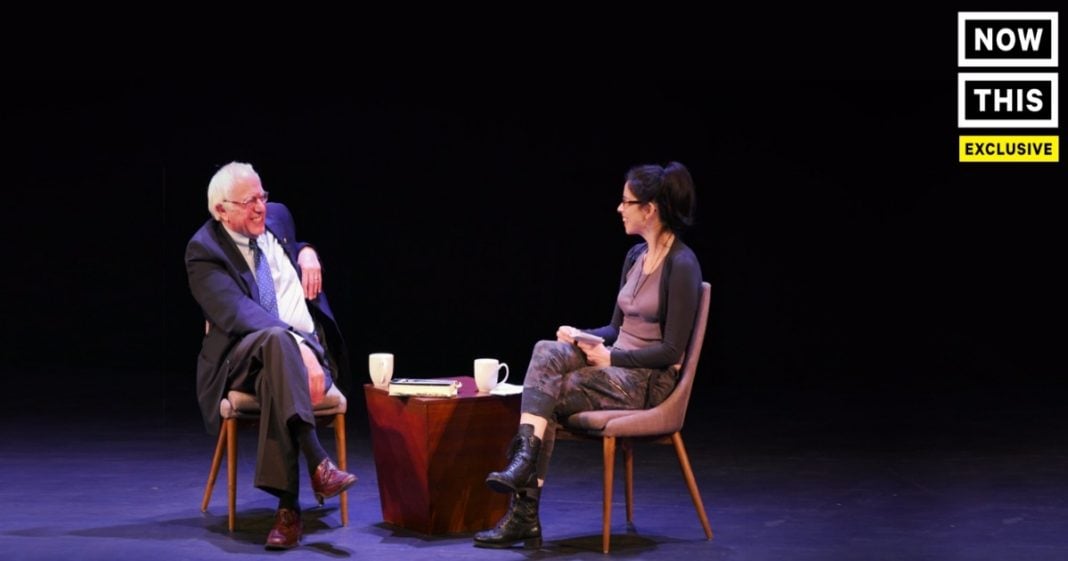 During a live political event hosted by NowThis & Jash, Senator Bernie Sanders sat down with comedian and activist Sarah Silverman before a live audience to discuss going forward in American politics as a progressive.

For those feeling particularly lost in the current version of America, hearing the progressive champion speak the same comforting revolutionary statements is like a balm.

Though the entire event is worth watching if you’re a Bernie fan, one point Sanders made toward the end of the show rings most true for the advocacy we do at Ring of Fire Network.

Speaking on the evils of corporate media, Sanders noted that one of the major contributing factors to the corruption of the media on your television is the those same big pharma ads that eat up a large part of the commercial break. Those same big pharma players who funnel millions in advertising to the network would not be happy if, for instance, reporters began to extensively cover massive lawsuits against Bayer or Pfizer.

“What we all have to understand, first of all, is that you know many people thing ‘Well, television is objective. They’re gonna do their best to try to present all of the information.’ Television, corporate media, is owned by corporations. Very large corporations who have their vested interests.

You have advertisers who spend a huge amount of money on TV advertising. Ever see those  crazy drug company advertisements that tells you if you take the drug, all these terrible things are gonna happen to you? Amazes me that anyone ever buys that drug in the first place, but they pour hundreds and hundreds – if not billions – of dollars into television. You think that that maybe might explain why television does not discuss why we pay the highest prices in the world for prescription drugs?”

If you have been paying attention to the Ring of Fire Network or “America’s Lawyer,” you know that this talking-point is a frequent one made by Mike Papantonio, particularly in the discussion over “fake news.”

Both Sanders and Papantonio understand that the biggest threat to journalism is not clearly-fake articles on Facebook, but in the covert way that corporate media is censored every day by the corrupting influence of advertising dollars from Big Pharma and others.