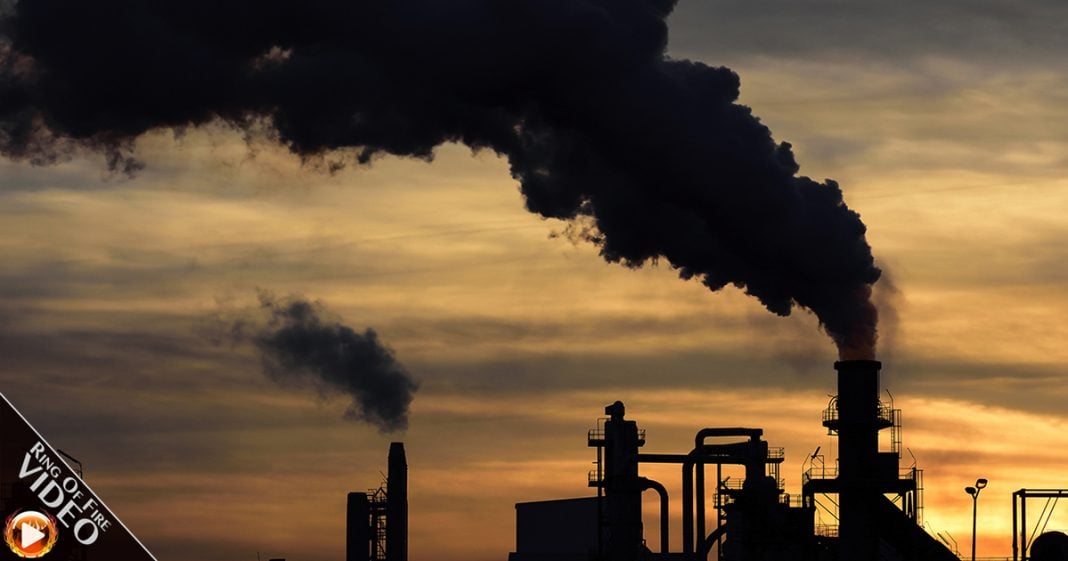 Donald Trump has made no secret of his hostility towards climate science, as well as his disdain for regulatory agencies like the EPA. Because of that, scientists are frantically trying to copy all of their data before Trump takes office, fearing that his administration will toss it all in the garbage. The Ring of Fire’s Farron Cousins discusses this.

That’s not an overstatement. That is literally what climate scientists right now are having to do because they’re afraid that once Donald Trump takes office all of this data that the U.S. has been compiling from agencies like NASA and the EPA is literally going to disappear under the Trump administration. They’re doing everything possible to back up servers, make copies of documents, things like that to make sure that there is a record of U.S. work and intelligence on climate change that will survive through a Trump administration.

To be honest their fears are not that far fetched. Once he becomes President, Donald Trump would have the authority to either get rid of this information or put it under lock and key indefinitely, preventing the public from having any sort of access to it, something we have seen past Presidents do with other information. This one in particular is just so terrifying because these scientists understand the very real dangers of Donald Trump’s presidency in a way that I don’t think a lot of the American public fully comprehends at this point.

See, Donald Trump as a climate change denier is going to be the only leader in the free world that actively denies the existence of man-made climate change. The people that he is appointing to run his cabinet posts also either deny climate change outright or come directly out of the fossil fuel industry so we know what the energy and environmental policies from a Trump administration are going to look like. They’re going to look like what we had under George W. Bush except put on steroids. This is a big deal and I really do hope a lot of people comprehend that as deeply as it needs to be comprehended.

We’re out of time to address the issue of climate change. Even Dr. James Hansen, the man who first brought climate change to the public’s attention in the 1980’s has said that the Paris Climate Accords while a good start are still too little, too late. And four years of inaction from a Trump administration? Even worse than inaction, more carbon production are going to be a complete disaster that we may not be able to undo no matter how much time we get. Time’s up, folks. It’s done.

At this point, it’s not even a matter according to Hansen of reducing our carbon emissions. We have to reduce the emissions and start pulling carbon out of the atmosphere in order to undo these changes. A move that is not impossible, but very, very improbable. That’s what we’re faced with and that’s why these climate scientists in the United States are doing everything they can to preserve the data. To essentially preserve knowledge because we are heading into four years of abject stupidity under Donald Trump. At least we have scientists out there working to preserve the knowledge that we have gained on this issue over the last 50 years.