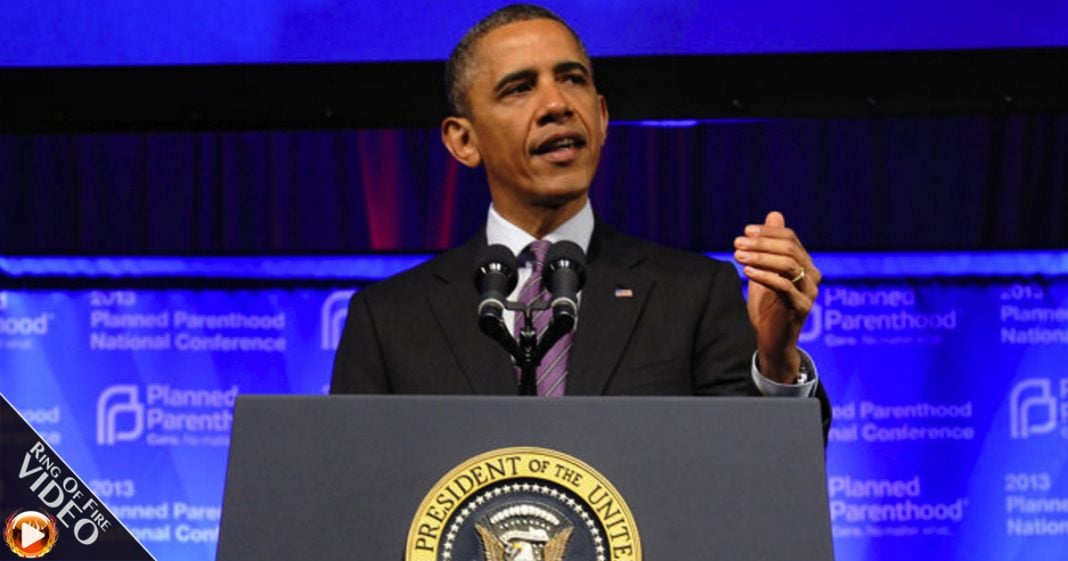 President Obama, sensing a very rough four years ahead for reproductive rights, finalized a rule this week that will prevent states from cutting funding for Planned Parenthood. The Ring of Fire’s Farron Cousins discusses this.

As one of his final acts as president of the United States before he leaves office next month President Obama delivered a huge gift to millions of low income women across this country. He has finalized a rule that will prevent states from denying federal funding towards Planned Parenthood offices. Again, very big victory, very big move by President Obama because he understands that republican controlled legislatures which are now the majority in the United States, including republican governors, that they want to strip Planned Parenthood of all of their funding based on these fraudulent videos that appeared last year.

Republicans thing Planned Parenthood is nothing but some sort of warehouse where women go, have abortions, and then sell the body parts of the fetus. The truth is that fewer than 3% of the services provided by Planned Parenthood offices across the country are actually used for pregnancy termination. The rest of them are providing health screenings for low income women across the country. Republicans, even though they understand that, still against it because when you’re a republican to hell with women. Right?

Very proud of Obama for doing this. This is a huge move and it’s something that he understands is going to be necessary in the coming four years. Especially if republicans are successful in repealing Obamacare. Obviously if that’s the case millions of women find themselves without health insurance, Planned Parenthood can come along and help to fill that gap and make sure that we still have proper health screenings and medical treatment for women in need. The whole thing though is frustrating just because this should not have even been necessary.

I mean by now anyone who doesn’t understand that those Planned Parenthood videos were completely false and fabricated is living in a fantasy reality world where Breitbart is legitimate news and James O’Keefe deserves an Oscar. That’s the only thing you can, really only conclusion you can come to when you think about the people who honestly believe that Planned Parenthood was trying to sell the body parts of aborted fetuses on the black market. President Obama does understand the significance of this rule. He understands what’s at stake for women, and essentially everybody in this country in the coming four years, so I applaud him for making this decision.

Again, very disappointed that it even had to be done. Were the republican disdain for women across this country is absolutely disgusting. What’s even more disgusting is the fact that the majority of white women in the United States actually voted for Donald Trump, a serial philanderer and self-admitted somebody who’s not afraid to sexually assault a woman. That’s neither here or there. Kudos President Obama for making this rule ensuring that Planned Parenthood is going to remain funded indefinitely and hopefully this will be the last we hear about anybody trying to strip funding from this very vital organization that was created in the 1970s that provides such basic and great care for women all over this country.