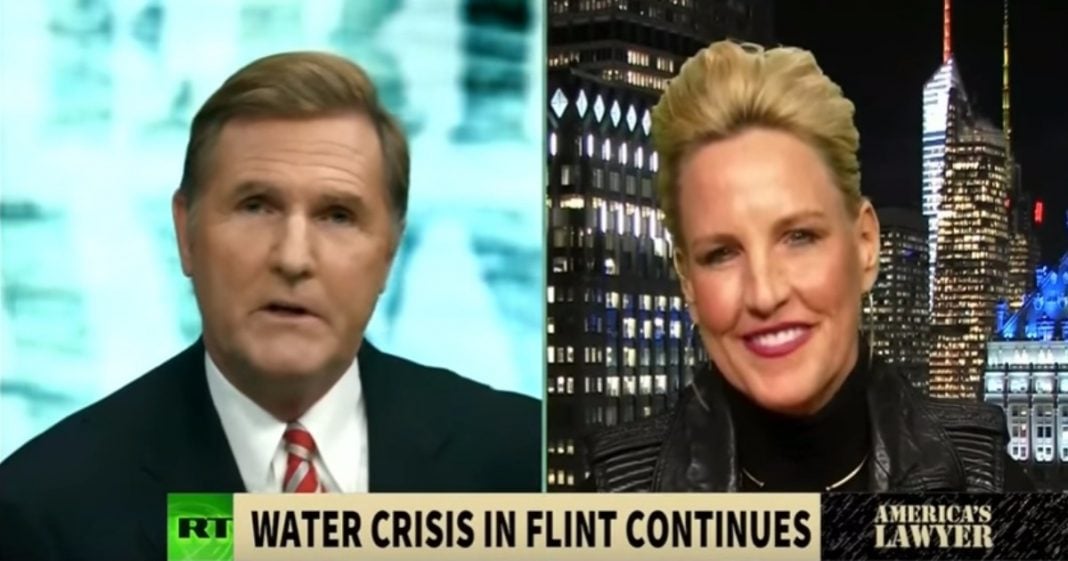 On Wednesday, “America’s Lawyer” premiered on RT America, bringing the real life stories of corrupt corporations and astounding damages into living rooms across the globe.

Host Mike Papantonio broke down the major case against corporation Johnson & Johnson and their criminal use of talcum powder in women’s health products like Shower to Shower.

The case Papantonio explored found that not only did Johnson & Johnson expose women to a significant cancer risk by using their talc-based product, but they did so knowingly. The case found that Johnson & Johnson executives conspired to keep the truth from the public about the link between ovarian cancer and talcum powder for years, having known the risks for decades.

These are the infuriating cases of corporate negligence and corruption that the American public never hears because they are too busy being inundated with corporate propaganda and commercials on how wonderful and family-friendly the products are.

Later in the show, Papantonio had an extended interview with well-known legal mind and environmental activist Erin Brockovich. Brockovick and Papantonio discussed the ongoing environmental and human rights crisis in Flint, Michigan. Brockovick said that she had been following the case for more than a year – long before it became mainstream news – and the greed and negligence of Michigan officials is astounding.

This is the sort of thing you can expect from “America’s Lawyer.” Rather than fluff pieces and product placement, Papantonio will hold a weekly, no-holds-barred attack on criminal corporations who harm hard-working Americans.

If you missed the first episode of “America’s Lawyer,” you can watch it for free right here from RT America‘s YouTube page: