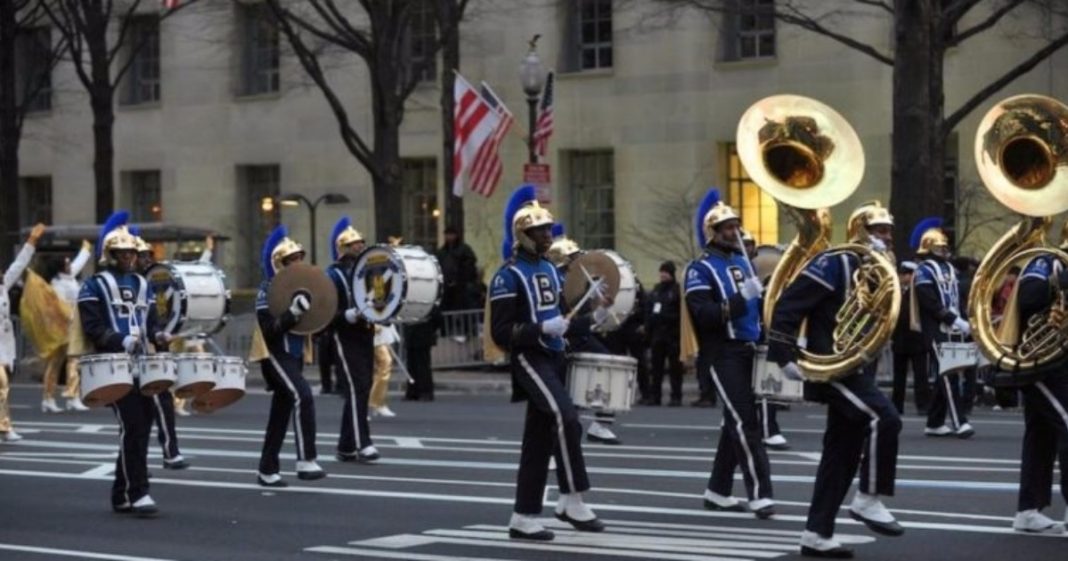 While the rest of the country may be enamored by pathological liar Donald Trump, we can see the future of our country, as always, in the youth of America.

Despite having performed for the last several presidential inaugurations, this year, not a single high school marching band in the DC area applied to be a part of Donald Trump’s inauguration.

This is a clear, hopeful sign that the youth in America want nothing to do with the orange demagogue.

Principals for the various DC-area high schools had different reasons for not attending, none of which would outright blame Trump for their decision not to perform. Instead, they cited budget constraints, a busy schedule, or lack of members for their absence.

Band director for D.C.’s Howard University John Newson gave the same excuses for his own band, but then said what the rest of us were thinking: the others didn’t want to aid such a terrible man, but were afraid for their jobs to outright say it.

“I think everybody knows why and no one wants to say and lose their job,” Newson said.

The Inaugural committee initially set the deadline at November 28, but when no one applied, they extended it to December 5. Still, no bands applied.

Surely some local white nationalists can “band” together and bang out a tune?

Read more about this story from NBC Washington.