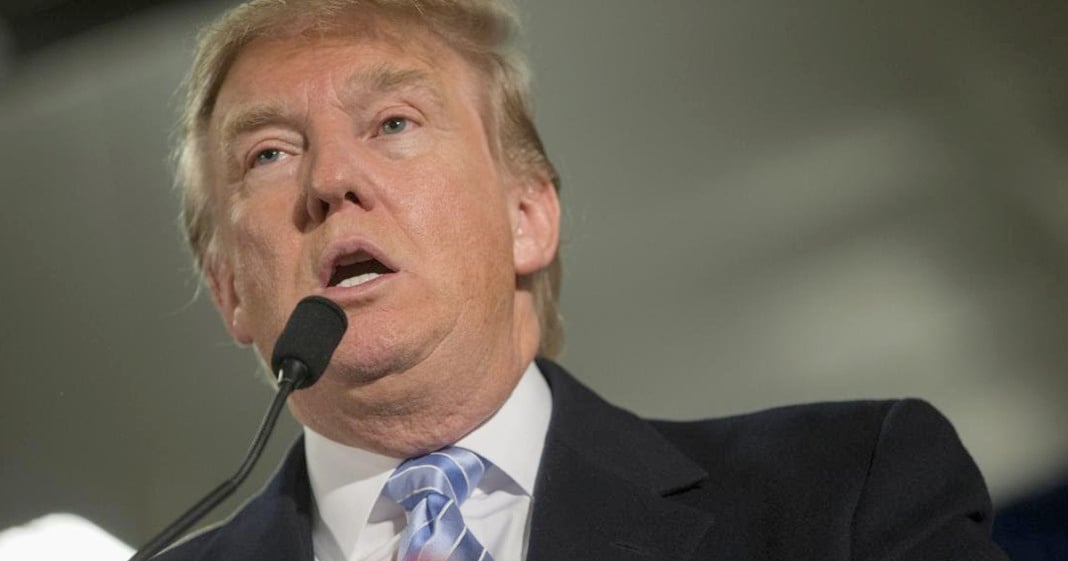 Too bad for little Donny, but if he doesn’t dump his newly-opened D.C. Trump hotel, he might face some serious opposition from federal authorities.

According to Democratic lawmakers, if Trump continues to retain ownership of his D.C. hotel, he will be in direct breach of contract with the federal government, an unprecedented action that will prompt an unprecedented response.

“The contract between the Trump Organization and the General Services Administration, which owns the federal building in which the luxury hotel is housed, explicitly states that no elected U.S. official may have a say in or benefit from the lease for that property.

As lawmakers noted in a letter to the GSA administrator first flagged by Buzzfeed News, Trump and his team have been informed that he will violate the terms of the lease as soon as he is sworn into office.”

Trump is required not only to give over management of the hotel, but to surrender ownership of it completely, something he is reluctant to do. If he fails to do so, he will be given 30 days from his inauguration to make the proper changes before he will be brought before a civilian tribunal to negotiate the dispute.

Just imagine: a sitting president attending a hearing in which he is in direct violation of federal law and contract.

Trump had a planned press conference this week which was meant to discuss Trump’s various conflicts of interest – no doubt including this one as well – but it was canceled and said to be being rescheduled.

Though Trump and his camp are well aware of the violation, they haven’t said a word, alarming ethics experts and officials who wonder how bad things might get.