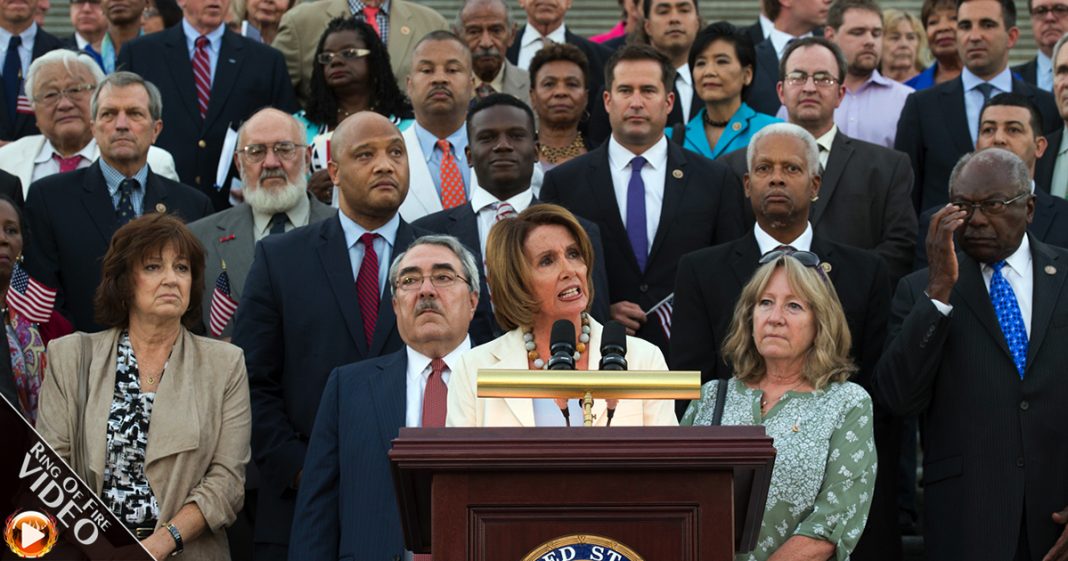 The Democratic Party in Washington, D.C. has a tremendous opportunity ahead of them – they can help to stop or at least delay many of the horrible things that the Trump administration wants to accomplish. But in order to do that, they’ll have to fight like Republicans, and that may not be a bad thing. The Ring of Fire’s Farron Cousins discusses this.

Two separate articles today from two separate news sources have given me a lot of hope for the next four years, and that’s not something that I’m usually able to say about anything. There was a story in both The Guardian, and a story in The New York Times. Different authors, different publications talking about the fact that for the next four years the Democratic party has to become the party of no. I know I’ve said this a few times, and a lot of people, a lot of progressives, a lot of liberals, a lot of Democrats disagree with me, but you’re wrong. Sorry, you are. We have to fight back against the Republicans.

Yeah, I know we were mad about Republican obstruction. They were obstructing good things. Universal healthcare, remember that back in 2009 when that was going to be included in the Affordable Care Act, a Medicare for all? Republicans helped to get that killed. Okay? That’s a bad party of no, but you can be a good party of no. When Republicans in Washington come out and try to repeal Obamacare, the Democrats have to be the party of no.

We saw Republicans do it under Obama, even when they were the minority party. There’s no reason that Democrats in Washington can’t do it now. That’s what these two articles today have said, and that’s what we have been saying since the election. Democrats essentially have to fight like Republicans. We can’t have people on the sidelines saying, ‘Oh, you’re not being nice.’ That doesn’t help anything. It hurts the party. This isn’t a kumbaya moment. This isn’t a, ‘Well, let’s try to play nice with them.’ No. Get the hell out if that’s what you think. You’re causing more harm to the party.

It’s time to fight, people. If you’re not ready for that, if you’re not prepared for that, and if you don’t want your representatives in Washington to fight back against the Republican policies, then get out of the way and let us do it. Sit on the sideline and keep your mouth shut. That’s what I’m asking you to do if you’re not willing to stand up and fight, and to call your representatives, call your senators, and say, ‘You damn sure better block this Republican attempt to take away the Affordable Care Act.’ If you’re not willing to fight, get out of the way so the people who are willing to fight can get up there and get things done.

We’ve got to fight, and we’ve got to fight hard. Unfortunately, we’ve got to fight like Republicans for about four years here. There won’t be a good thing that comes out of this Republican administration. If the Democrats allow it to happen, if they vote in favor of it once or twice maybe just to save face a little bit, they’ll be voted out the very next time they come up for re-election. I can promise you that.