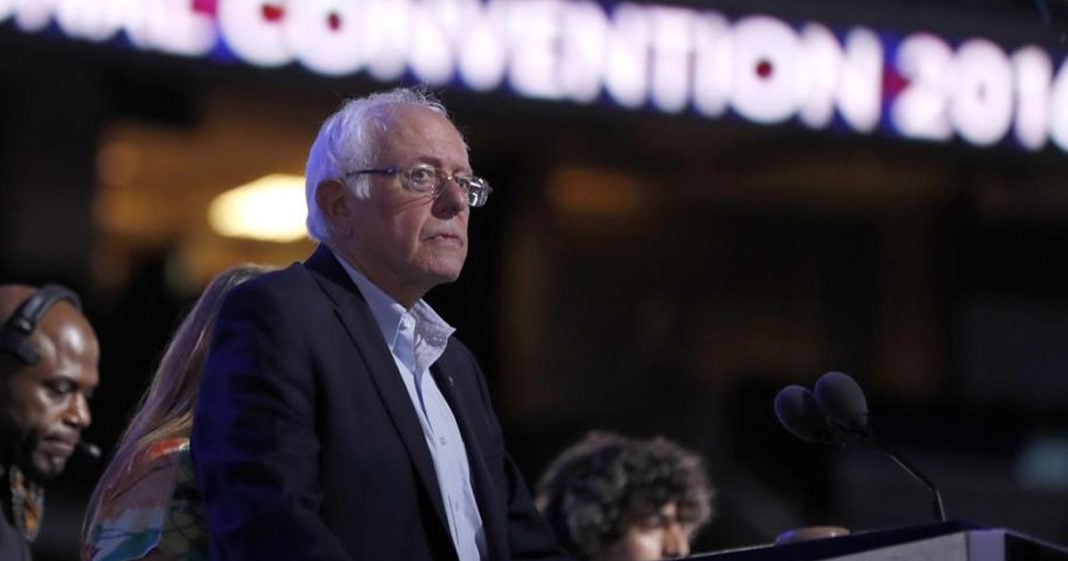 Majority Report Contributor Michael Brooks is hosting the show for Sam Seder today. In this clip, we watch Bernie Sanders during a town hall broadcast with Chris Hayes called “Bernie Sanders In Trump Country.” There are several Trump voters on stage with him, along with an audience, and it’s disturbing how easy it is to make these people understand which political party actually has their interests in mind. If only Bernie Sanders could sit down with every voter in the country for 5 minutes, things might be a little different.