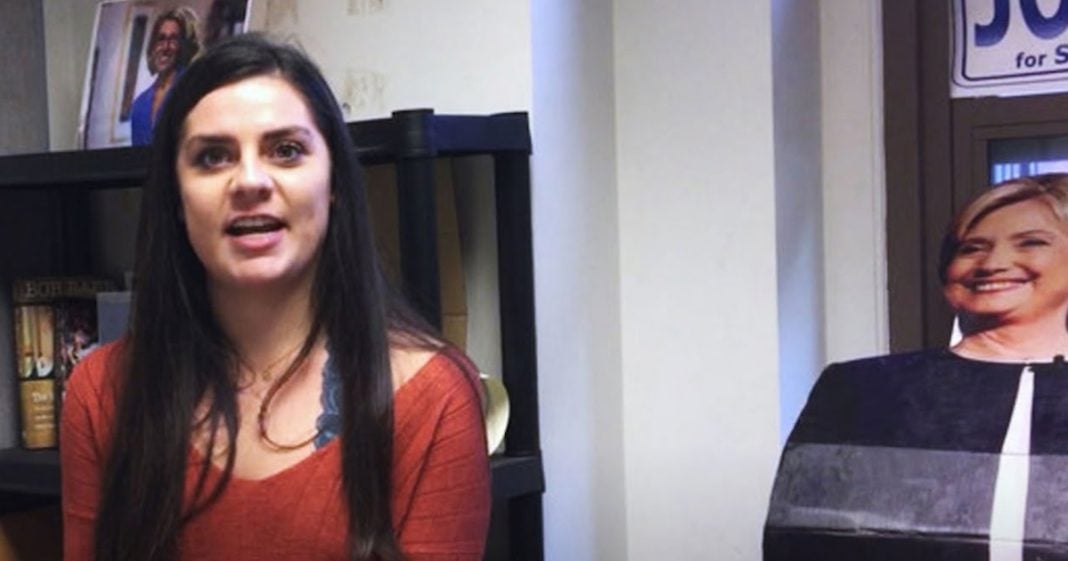 In this Majority Report clip, Sam Seder discusses a “New York Times” piece that describes the terrible plight of one young woman, a Trump supporter, who finds herself in the minority on her college campus. The fact that most of her fellow students are unhappy (or terrified) that Donald Trump won the election is making her feel marginalized and unsafe. Because people might call her names. Here’s a suggestion: If you’re scared for your actual safety, like REALLY scared, shut up about supporting Trump. Just don’t tell people. Because that’s a major difference here—you can hide. Just hide in plain sight if you’re scared. If you’re scared because you’re a Muslim, a woman, a black person, a brown person, an immigrant, an LGBTQ person, you are for the most part, SOL. As has been proven by this election, a lot of people actually want to physically harm you, maybe even kill you, and your identity is your identity, and it’s MUCH HARDER TO JUST KEEP YOURSELF SAFE BECAUSE PEOPLE ARE GOING TO KNOW JUST BY SEEING YOU OR TALKING TO YOU. If you think that hiding is an infringement on your right to free speech and your right to free expression, congratulations, you are correct. You SHOULD be able to be yourself. Now you know what it’s like for there to be (let’s be real, very minor in comparison) negative consequences to being yourself.