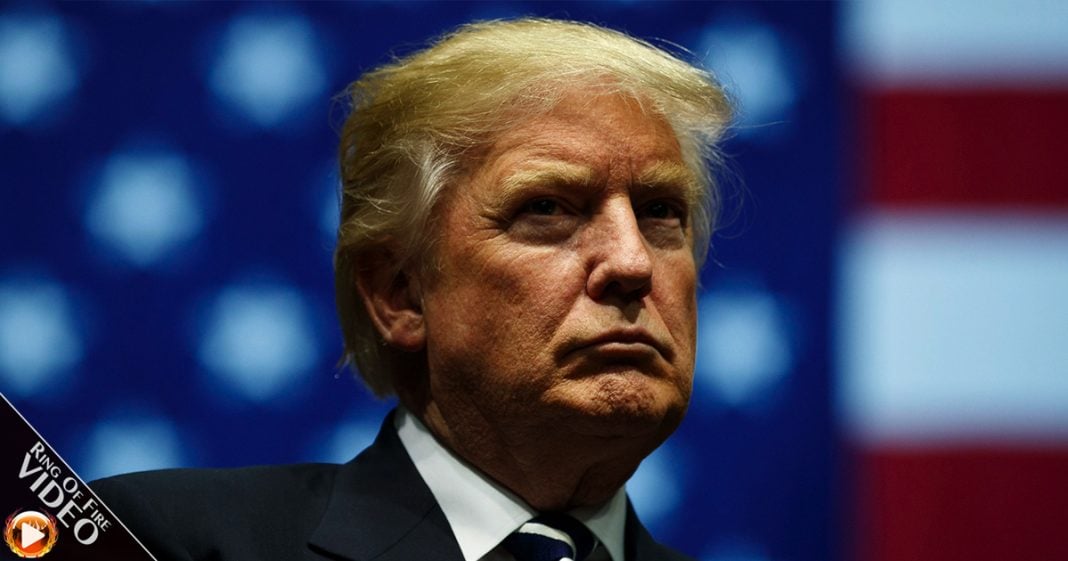 Donald Trump has a huge ethics problem headed his way, and the public wants answers. But Trump decided to back out of a scheduled press conference to address these problems, most likely because he has no idea how to avoid conflicts of interest while serving as president. The Ring of Fire’s Farron Cousins discusses this.

Donald Trump was all set to give a press conference to address the issues of the conflicts of interest that he has as he prepares to take office and yet still run all of these companies that do business all over the world. Obviously the United States Constitution says that a President cannot have these conflicts of interest so if he does not divest from these corporations, if he does not give complete control over to someone else, the day he takes office he is immediately in violation of the US Constitution and therefore subject to impeachment on day one.

Donald Trump, you don’t really have a month. In fact, you only have about a month and maybe a couple of extra days. It’s too late buddy. This is something you should have thought about the day you announced that you were running for President. It’s too late. Don’t think that the Democratic Party, Journalists, all progressive activists are not going to be looking for any kind of connection that you still have with your businesses the day you take office. Because if there’s even one, you’re in violation of the Constitution and that is a very clear case for impeachment.

I hope they find a link. I hope they get you out of office as soon as possible. Let’s see if we can make you serve a shorter term than William Henry Harrison. He went 30 days. I’m betting we can get Trump out of there, impeached, possibly even in prison in 20 days. Come on, we can do it. We know this guys not smart enough to give up all of his business interests plus he doesn’t want to give up any kind of control like that. We could absolutely make this happen because we know that Donald Trump is not going to take responsibility like he should. He never does, he never has, he never will.

Trust me, Mike Pence is really not any better but Donald Trump is a thermonuclear disaster waiting to happen. At least Mike Pence doesn’t have Donald Trump’s arrogance and his ambivalence. We could prevent Mike Pence from starting a nuclear war. I don’t think we could do the same with Donald Trump.

His canceling of this press conference is just further proof that he has no idea what he’s going to do and that opens a window for progressives if they choose to stay on this issue they could get him out of office if they can find out that he hasn’t divested from all of his companies.