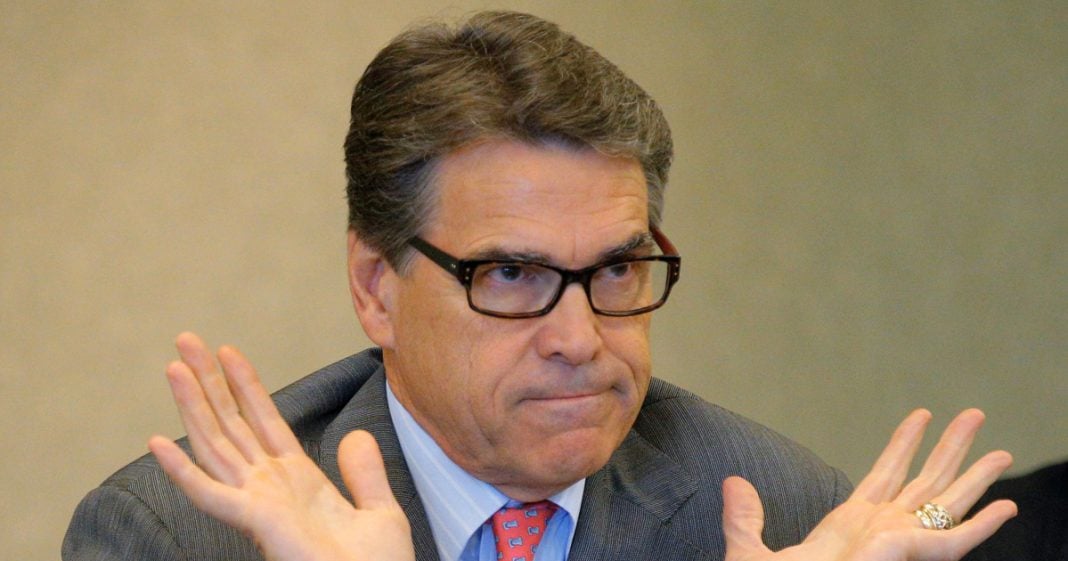 We’d laugh if we weren’t busy beating our head against the wall.

On Monday, it was announced that former Texas Governor Rick Perry is expected to be named the secretary of energy, a fitting position considering that it was once the subject of a major gaffe from Perry in 2011.

For those who don’t remember, in 2011 during a televised Republican primary debate, Perry famously forgot the name of the Department of Energy when he was listing agencies he wanted to eliminate. At the time, his “oops” gaffe was considered the first major domino in his downfall, and he was eventually replaced by Mitt Romney.

Now, Trump seems to be playing a cruel trick on us (and Perry) by making the man the head of an agency that not only sank his presidential ambitions, but is also an agency he publicly declared he wanted to eliminate.

As has been the rule, Trump has also chosen a man for the job who is supremely unqualified to carry out the responsibilities of the Department of Energy. Though Perry is a big pro-oil sort of guy, the name of the department is a bit misleading and has almost nothing to do with fossil fuels.

Instead of deciding how the U.S. would use its energy sources, Perry will most often spend his time at the head of the agency protecting the U.S. nuclear weapon arsenal, a job for which he is much less qualified.

“The administration manages the country’s nuclear weapons stockpile and runs American programs on nuclear nonproliferation and counterterrorism. The two men who served as President Obama’s energy secretaries were physicists, one with a Nobel Prize, the other a professor at the Massachusetts Institute of Technology.”

The big heist of 2016 is nearly complete, and at the end of it, we won’t have a single qualified official anywhere close to the White House.

You can read more about the Department of Energy and Perry’s abysmal role in it at The New York Times.