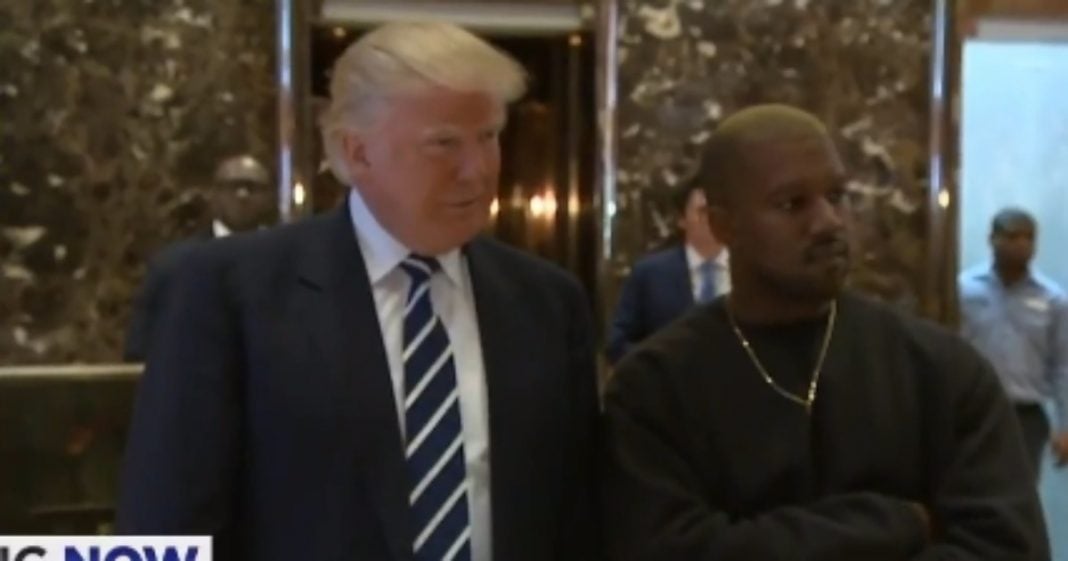 Donald Trump clearly doesn’t have time to take his daily intelligence briefings because he is too busy meeting with fan and rap artists Kanye West.

On Tuesday morning, a press pool spotted Kanye West entering Trump Tower, apparently set to meet with the president-elect. West, who had recently been hospitalized for mental issues, has apparently recovered to some degree to be able to meet with Trump.

After their meeting, Trump and West appeared downstairs together, arm in arm. When Trump was asked about their meeting, the President-elect said that the two had been friends for many years and that they discussed “life.”

The pool then pressed Kanye to respond about whether he planned to run for president in 2020 as earlier indicated, but Kanye merely smiled. Another reporter questioned West further and he replied,

“I just want to get a picture right now.”

Though his wife Kim Kardashian West had been vocally in opposition to Republican politics and Trump in particular, West had said that had he voted, it would have been for Trump. Though this comment enraged many in West’s hip-hop community, it apparently pleased one guy – Trump himself.

This sounds like more of a Saturday Night Live sketch, but considering Trump is now in charge, will West be considered for a position in the West wing? Considering the other strange choices he has made for his administration, it would not be the worst choice he could have made (though nearly).