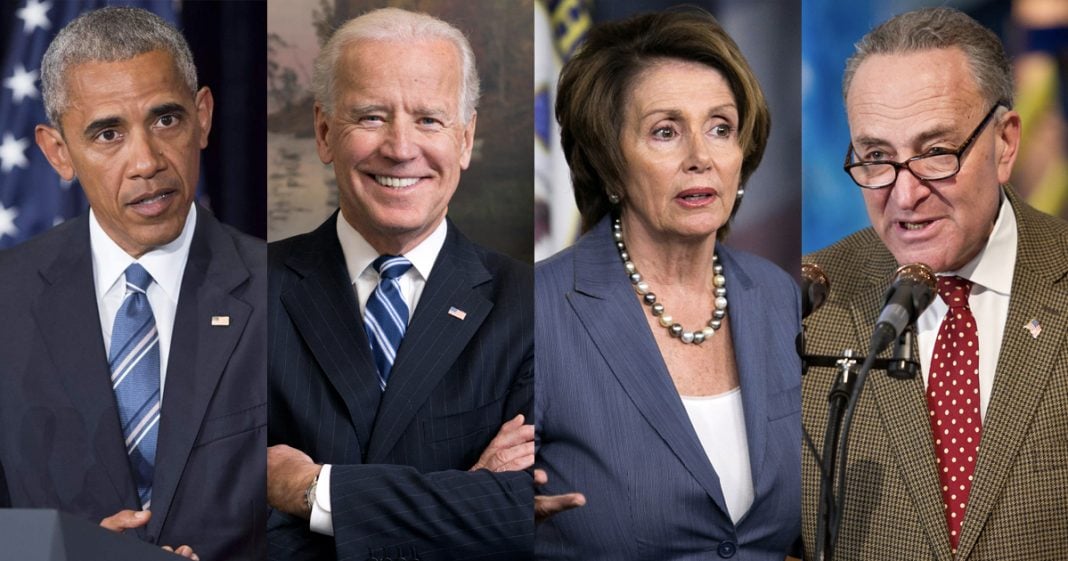 In this Majority Report clip, Joe Biden appears on CNN with Jake Tapper and says that the Democratic Party doesn’t have a single leader, rather it hopes to build from a group including Obama, himself, Chuck Schumer, and Nancy Pelosi. It’s less than inspiring, with a very high average age. Too high, I’d say. He also says that he “can hardly wait for [the] debates,” or more accurately, public freakouts, that a Republican-controlled government will cause as they pass their soul-killing legislation.