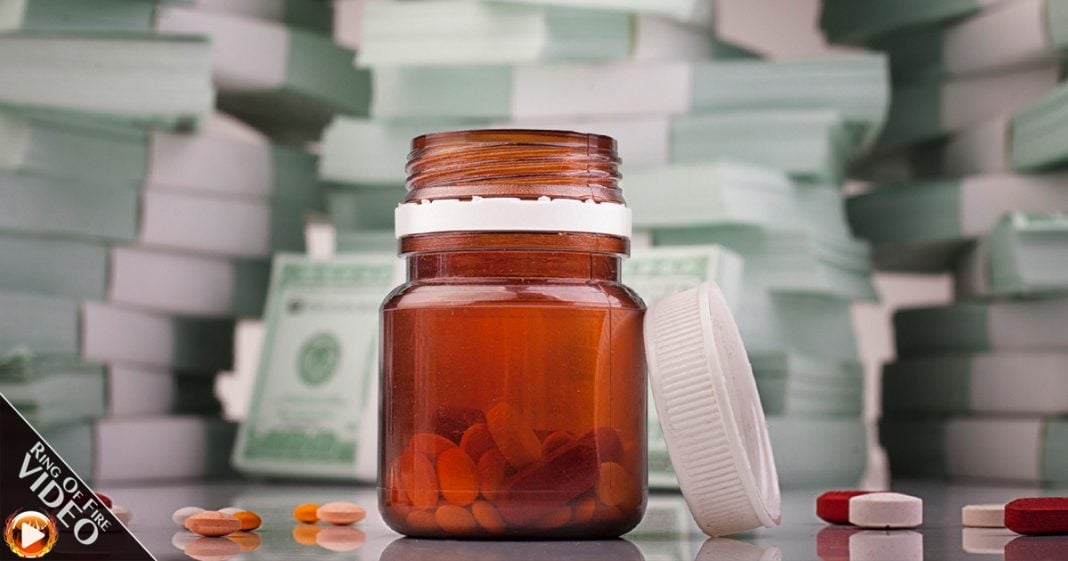 If Republicans succeed in repealing the Affordable Care Act, drug prices will rise to compensate for the lost revenue of drug companies that will lose close 22 million customers. This shifts the cost burden onto the rest of us who still keep our coverage. The Ring of Fire’s Farron Cousins discusses this.

For about the last thirteen or fourteen months, the American public has been really focused on the issue of rising costs of prescription drugs. It all began with Martin Shkreli, continued over this past summer with the EpiPens, and so people are really tuned in to the fact that we are paying too much for prescription drugs in the United States. It’s an issue that a lot of reporters have been talking about for years, but only in the last, again twelve, fourteen months, has it been put on the public’s radar and we have Martin Shkreli to thank for that.

But, this next round of price hikes that is almost certainly coming can be blamed squarely on the republican party. As we’ve mentioned many times the republican party wants to repeal the Affordable Care Act and eventually, at some point, maybe, if they ever get an idea that pops into their head, they’re going to replace it with something that’s probably not going to cover as many people.

Well here’s the thing. The second you appeal Obamacare twenty-two million American citizens lose their health insurance. We’ve talked about what a disaster that is for those people, but here’s another group that’s actually kind of freaking out about that. And that’s the pharmaceutical industry, because all of a sudden they have twenty-two million customers or potential customers that can no longer afford their products. Twenty-two million people that will no longer be buying these expensive ass prescription drugs.

So what’s big pharma going to do? According to analysts, they’re just going to raise the prices on the drugs even higher to compensate for the fact that twenty-two million people are no longer buying their drugs. So those costs are going to fall on the rest of us. The people who are able to retain our insurance are still going to pay higher prices and those people with no insurance, when they absolutely need those drugs, are going to have to pay prices higher than ever. That’s what the analysts are predicting if republicans are successful in repealing Obamacare.

And again, a lot of republicans have already expressed remorse about their vote for Donald Trump or the republicans in general over the fact that now they’re scared they’re going to lose their health insurance. And now they have another thing to worry about. They’re not even going to be able to afford drugs without insurance and those of us with insurance probably won’t be able to afford these drugs either.

As I’ve mentioned several times, I have two kids with peanut allergies, so I have to buy sets of EpiPens twice a year at six fifty a pop. Twenty-six hundred dollars a year. That’s very difficult to swing. It’s going to be even worse if those prices go higher. Same thing with asthma medications, and diabetes medications, and heart medications, and anti-anxiety medications, pain medications. Everything could go up because of the republican party’s arrogance and just general hatred of President Obama.

Because that’s why they want to repeal the Affordable Care Act. It has nothing to do with thinking that it’s a bad idea, or because it just doesn’t work. They hate Obama and the democrats so much that they’re willing to sell out the entire American public just to repeal his signature accomplishment. If you think that their desire to repeal Obamacare is about anything other than democratic resentment, you are kidding yourself. That’s why they hate it. That’s whey they want to repeal it and that’s why our drug prices are going to go through the roof once they get Trump in the white house and are finally able to get their hands on Obamacare and tear it to shreds.