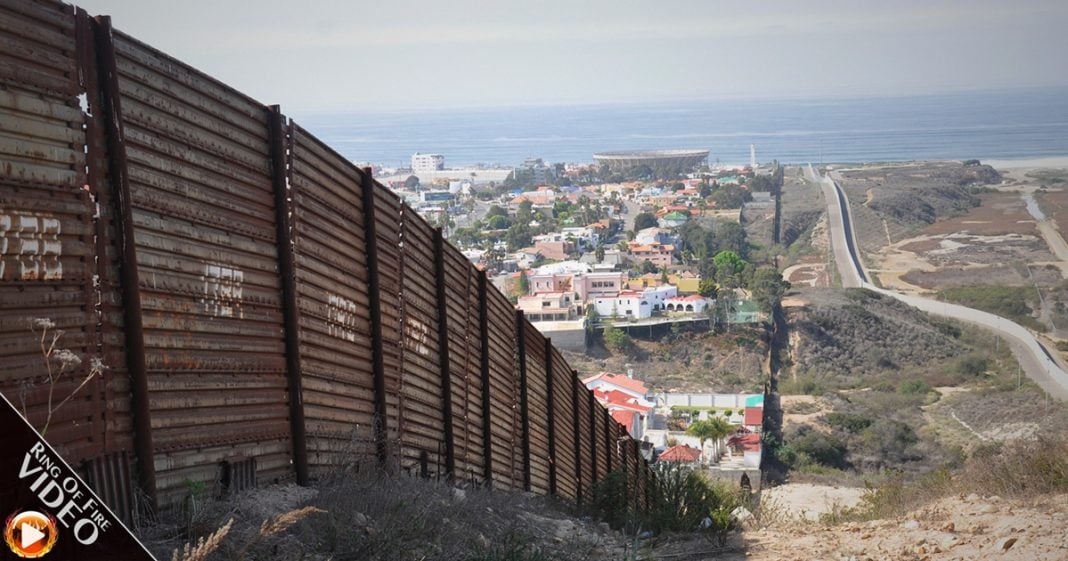 The GOP has always been the party that has promised to stop illegal immigration, and big business groups are aware of that. But they still gave them money because they knew they wouldn’t really do anything about it. But with Trump, business groups are terrified that he may actually follow through with his promise, which could be devastating for the US economy. The Ring of Fire’s Farron Cousins discusses this.

The business community has a very stern warning for Donald Trump. If you follow through with all of your campaign promises to get rid of all of the illegal immigrants in the United States, and build a wall, and stop immigration into the United States, the economy is going to suffer greatly. They’re actually not wrong. A coalition of people, including Michael Bloomberg and even Rupert Murdoch, is telling Donald Trump right now that you cannot follow through with your mass deportation plans because the economy in the United States actually depends not only on immigration, but at times on illegal immigration, or migrant workers, people on work visas, things like that, who come for a few months, do some jobs, and go home for a few months.

The economy absolutely needs that, and if you don’t believe me, take a look at what happened in the state of Georgia a few years ago. They enacted very strict immigration laws where they got rid of a lot of the work visas where Hispanic workers from Mexico and South America would come in, they would work for a few months during the picking season, and then they would go back home. State of Georgia decided no, we want those jobs on those farms for American workers. We’re going to do away with this program.

Well as it turns out, it was a disaster for the state of Georgia, because they could not fill all of those positions, and therefore many crops were left rotting in the fields. Farmers had to seek federal assistance financially because they weren’t making any money because they couldn’t get all their crops picked and sent to market. They went broke. The state lost tons of money, and people who depended on the farmers to provide that food ended up having to buy higher-priced items elsewhere.

Do you see the kind of ripple effect that this has? Look, illegal immigration needs to be stopped. We need to find a better path for that. I don’t think anybody’s going to disagree with that. We can’t just say, “Everybody can come here legally, illegally. It doesn’t matter.” I get that, but we need people, okay? There really are some jobs, and the state of Georgia proved this, that American workers simply don’t want to do, so we have to have other people. As hard as it is for some conservatives to believe, the United States is dependent upon other people. We’re not a self-sustaining nation. We need people to come in and help us, just like other people need us to come in and help them. It’s how the world works. It’s basically a big giant community of people helping each other.

Republicans don’t seem to understand that, and for years Republican candidates have run on the position that they were going to have these mass deportations and get American jobs back for Americans, and the business community, knowing what an economic disaster this would be, still funded those Republicans, because they knew that they wouldn’t follow through on those promises, but with Trump, they’re terrified, because they know that he would. That’s the difference here.

You know, to be honest, I have no sympathy for these millionaires, and billionaires, business leaders, who are saying, “Please don’t do this with mass deportation. It’s going to destroy our economy and our businesses.” You get what you pay for, guys. You’ve been pushing Republicans who use this talking point to drum up xenophobia to drive people to the polls for decades. Now that you might actually get your wish you’re scared? I think a lot of people in this country, millionaires, billionaires, people on Obamacare, people living on Social Security, are finally starting to understand that their votes have consequences.

As much as it pains me to say it, I have no sympathy for those people who continuously vote against their own self-interest and find themselves in an unfortunate position because they didn’t think it would ever happen to them voting for the person who had promised to do what would destroy that particular person. I have no sympathy for that anymore. Spent too much time, and too much effort, and too many hours trying to convince people that the Republicans want to harm their way of life, so at this point you get what you pay for.