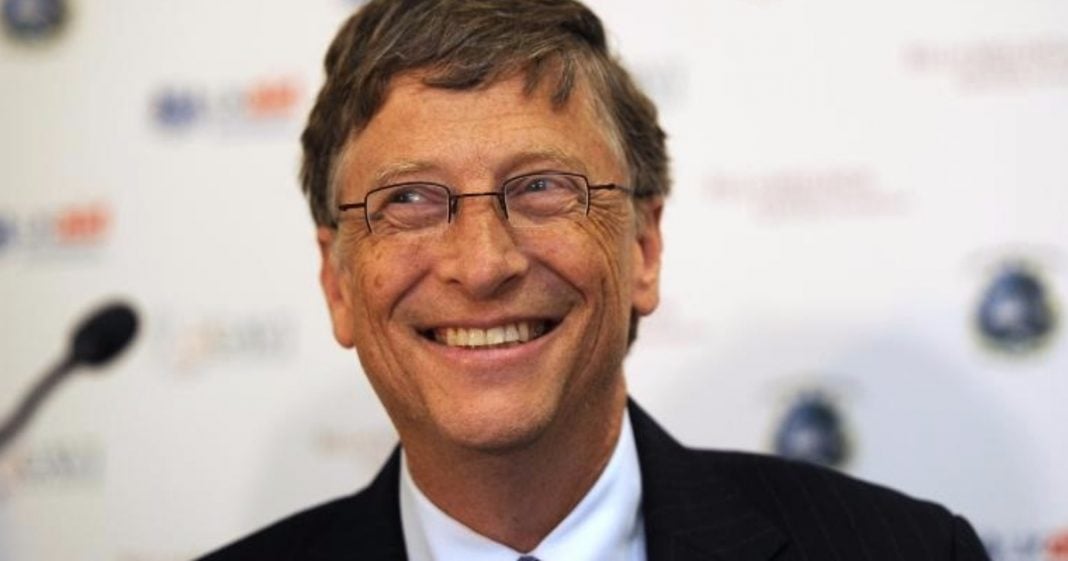 As our new petro-Führer Drumpf moves to purge his Administration of anyone who acknowledges the reality of global climate change while also moving aggressively to keep the U.S. hopelessly addicted to fossil fuels, a group of high net worth investors are stepping up to keep fighting for a clean energy future.

These affluent benefactors are being lead by none other than billionaire tech mogul Bill Gates, one of the founders of Microsoft. This week, Gates announced the establishment of the Breakthrough Energy Ventures (BEV) fund, a long-term project that will be investing heavily in carbon-free energy technologies.

Gates, who will be chairing the BEV, says  “Anything that leads to cheap, clean, reliable energy we’re open-minded to.” Gates is putting his money where is mouth is, investing $1 billion of his own personal wealth in the new fund. The list of other directors and participants reads like a “Who’s Who” of the Fortune 500, and includes high-net worth individuals from around the world. Altogether, they’re worth around $170 billion.

What is their motivation? Enlightened self-interest. Despite recent, high-profile failures in clean energy investment by venture capitalists, Gates is upbeat about the BEV fund’s prospects:

“It’s such a big market that the value if you’re really providing a big portion of the world’s energy, the value of that will be super, super big.”

In short, “thar’s gold in them thar hills.” It’s something one would think a “vulture” capitalist like Trump would understand. But there is a reason that he refuses to see beyond fossil fuels: Trump, like most of his ilk, cannot see beyond next quarter’s profit and loss statement. For them, it’s all about short-term gain.

In this respect, Gates is realistic. He points out that the BEV fund is in it for the long-term:

“People think you can just put $50 million in and wait two years and then you know what you got. In this energy space, that’s not true at all.”

John Arnold, who was an energy hedge fund manager, agrees:

“Being a 20-year fund with patient capital that’s not needing short-term gains allows us to have a longer-term outlook as well as fund technologies that don’t fit into the traditional venture capital model as it exists today.”

One of the problems that the BEV fund seeks to address is getting government-funded research out of the laboratory and turning it into practical, real-world solutions. The government has the resources, including facilities at public universities, to give such technologies a start. However, when it comes to turning that research into usable technology, private investment is needed.

Stanford University professor Arun Majumdar, who teaches Mechanical Engineering, is an adviser to the BEV. He points out that “You need investment to take things out of a research lab at a university like Stanford, or MIT, Berkeley, and many other places, or national labs, for example, [where] they’re doing a lot of research.”

This all looks very hopeful, and is an example of the good that can be done within a capitalist system. Although the BEV group can expect no help or encouragement from the incoming Trump Administration, Gates remains optimistic. “

The dialogue with the new administration as it comes in about how they see energy research will be important,”  he says.  “The general idea that research is a good deal fortunately is not a partisan thing.”

Let’s hope Trump and his cronies will figure that out.