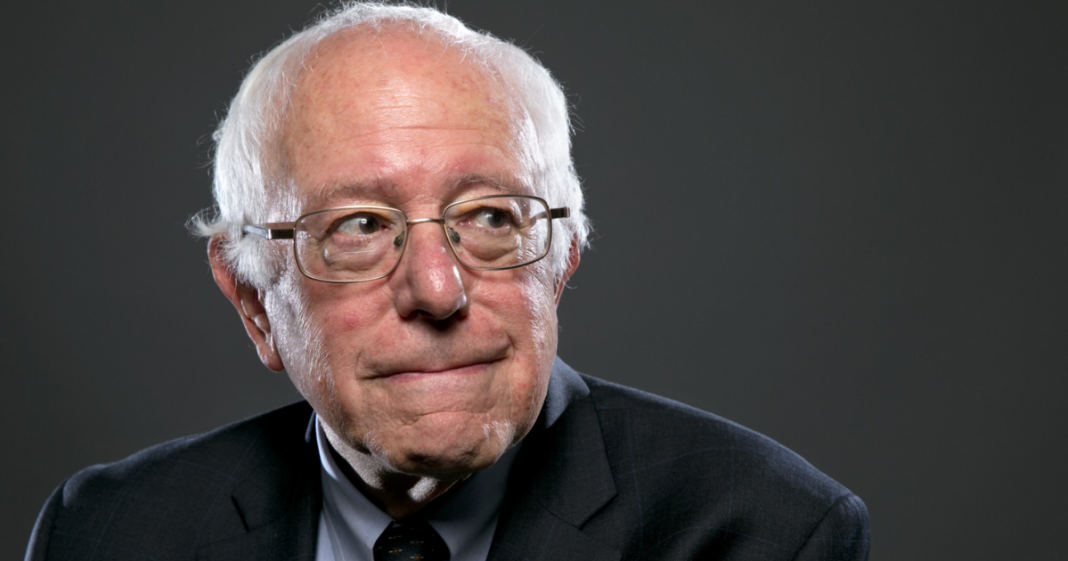 While most of the Democratic establishment would prefer to sneer at and disregard the lesser informed voters of America, Senator Bernie Sanders can speak rationally and openly with even the most “deplorable” voter in a way that few others can.

Though the election is over, MSNBC hosted a town hall event on Monday which featured host Chris Hayes and Senator Sanders, talking to real voters in “Trump Country.”

One such voter, Gail Sparks, embodied the typical Trump voter by expressing anger at undocumented immigrants and demanding “change.” But like many Republicans, Sparks was also advocating for a party and a candidate whose political goals were the antithesis of her own.

One of the woman’s main concerns was that social safety nets she depends on – medicare, medicaid and social security – might soon be cut. But apparently, she is unaware that it is the Republicans who are the enemy of social nets.

“I am assuming that you believe, correct me if I’m wrong, that we should not cut Social Security or Medicare or Medicaid. Is that correct or not?”

Sparks replied, “Yeah, I believe they shouldn’t be cut.”

Sanders continued, “Do you know who is now working very hard to try to do that? Republicans in Congress have a plan under the guise of saving Medicare and saving Social Security, making devastating cuts. That’s what the Republicans are now trying to do.”

“The other point that you made is, who is going to pay for this stuff?. And that is a very fair point. What all of us should know is that over the last 25 years, there has been a massive transfer of wealth in this country from you to the top one-tenth of one percent. In other words, the middle class has shrunk and trillions of dollars have gone to the top one-tenth of one percent. Do you think it’s inappropriate to start asking those people to pay their fair share of taxes so we can adequately fund Medicaid and make public colleges and universities tuition-free. Is that an unfair thing to ask?”

Sparks, having done a complete 180 from her previous stance demonizing immigrants, now realizes who the real enemy is.

“I don’t think it’s an unfair thing to ask. They got rich off of us, so it’s time they put back.”

This is the unmistakable proof that Bernie Sanders would have whipped Donald Trump in a general election. No one could accuse Sanders of being above anyone, and no one could look at the hard-working, no tux-owning man and see anything close to an elitist.

Sanders looks you in the eye and tells you the truth, which was the one thing voters were begging for, but never got.