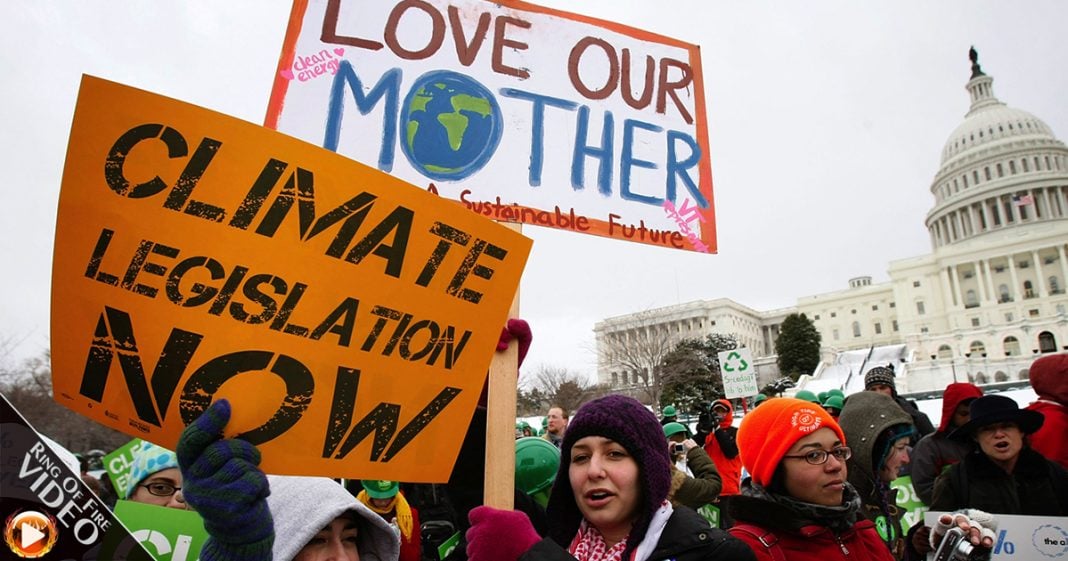 The Trump transition team has sent a letter to government offices, asking for the names and other personal information of anyone who worked on Obama’s climate policies. This is an unprecedented and alarming development that could result in a McCarthy-esque purging of climate activists from Washington, D.C. The Ring of Fire’s Farron Cousins discusses this.

Transcription of the above video

The Trump administration is already creating waves in Washington DC specifically within the Department of Energy. As it turns out Bloomberg has uncovered the fact that just last week the Trump administration sent out a letter to Department of Energy employees asking a variety of questions. Most of them mundane bureaucratic stuff, but some of them incredibly alarming including the fact that the Trump administration wants to know the names of all employees who’ve ever worked on any of President Obama’s climate change initiatives. Anybody who worked on the Clean Power Plan, submit that name to Donald Trump. Any scientists within the organization who helped Obama with any climate change project. Give us their name, and we want to know how much money they’re making each year. That is terrifying.

First of all really not any of the Trump administration’s business how much money these people are making. Yeah, they’re going to be their bosses in a couple months if they choose the retain them, but that’s the point. Trump wants to know this information because he’s going to get rid of these people. This is a McCarthy-esque witch hunt within the federal government for anyone who accepts the science behind climate change, and they’re about to be purged by Donald Trump’s administration once they take office on January 20th.

That is why he wants to know their names. He wants to know all of their information, and he wants to know how much money they make. He is most likely, or at least his administration, is going to shame these people. They’re going to use that salary information as some kind of marker saying look how much money we just cut out of the federal government budget by cutting these people who are only working on this hoax of a thing called climate change. It is disgusting and that is what we are going to expect from the Trump administration.

Now maybe, I don’t know, maybe they just want that information so they know that maybe we need to transfer these guys to a different department. We can’t say for sure, but I seriously doubt that. Given what we have seen from Donald Trump, especially when he went after the union leader who dared say something negative about Trump on Twitter, we can pretty much expect the Trump administration to fully retaliate against any employee who’s acted on climate change.

It’s not just from Donald Trump, it’s from Rex Tillerson. It’s from Scott Pruitt. It’s from all of the climate change industry funded deniers that Donald Trump has put into his administration. This is going to be a rough four years for the environment, and I think rough is a disgustingly gross understatement.

Right now we’re looking at purging people based on whether or not they believe in science. This is a witch hunt and that’s what Donald Trump wants. He wants a pure blood purebred government made up of people who think exactly like he does.

This is fascism people. Wake up. Donald Trump is a fascist and he is about to essentially purge dissenters from Washington DC. It doesn’t get any scarier than that.