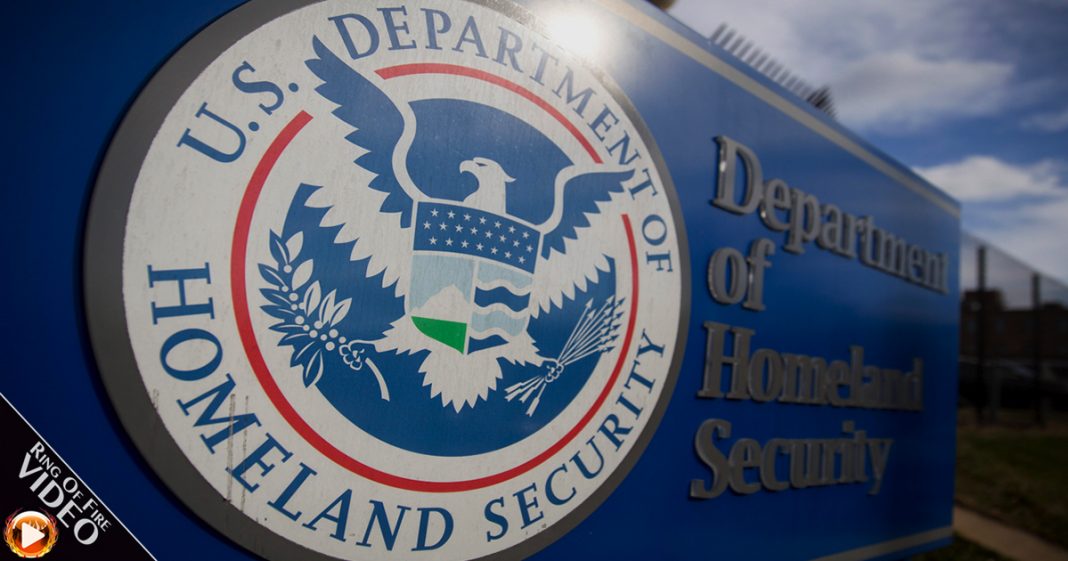 While most of the country frets over Russia’s role in the 2016 election, the state of Georgia has come forward saying that they’ve traced an IP from a hack of their voter database right back to the offices of the Department of Homeland Security. Apparently we need to focus on protecting our vote from our own government. The Ring of Fire’s Farron Cousins discusses this.

A lot of people in the United States, right now, are freaking out over the fact that Russia may have interfered with the elections in the United States. Here is a story that I’m sure most people haven’t even heard about that’s even more terrifying than that. According to Secretary of State in Georgia, Brian Kemp, his department, Secretary of State Office of Georgia, has traced an attempted hack into their state’s voter database to an IP address located within the offices of the Department of Homeland Security, here in the United States. That’s right, while we’re worried about interference from other countries, the Department of Homeland Security had a computer that attempted to hack into the voter database specifically to retrieve housing information in the state of Georgia.

While everybody is freaking out over Russia hacking into the DNC emails, potentially I should say, we don’t even know for sure that that was them, we certainly don’t know if it was the Russian government, maybe the people were Russian, regardless, we have evidence that the Department of Homeland Security tried to hack into the voter database in the state of Georgia. Answer me this, which one of those two stories is more troubling to you? The fact that a foreign government got the emails of a private organization, or the fact that the US Federal Government tried to hack into the voter database of a state government for an unknown reason? I’m going to go with the fact that we have workers in our own government trying to access voter information as the bigger threat. Homegrown terrorism is always a much bigger deal than international terrorism.

I’m hoping people start to pay attention to this Georgia story, because it is disgusting, because again, according to both the state of Georgia and officials at the Department of Homeland Security, this wasn’t a test. This wasn’t a sanctioned access of this information. Yes, according to them, had to have been someone within the organization, sitting in the freaking building using Department of Homeland Security computers, attempting to hack into the Georgia’s state voter database. That’s the real story that everybody needs to be paying attention to right now, and that’s the one that everybody needs to be concerned about, and that’s the main one that needs to spark an investigation.