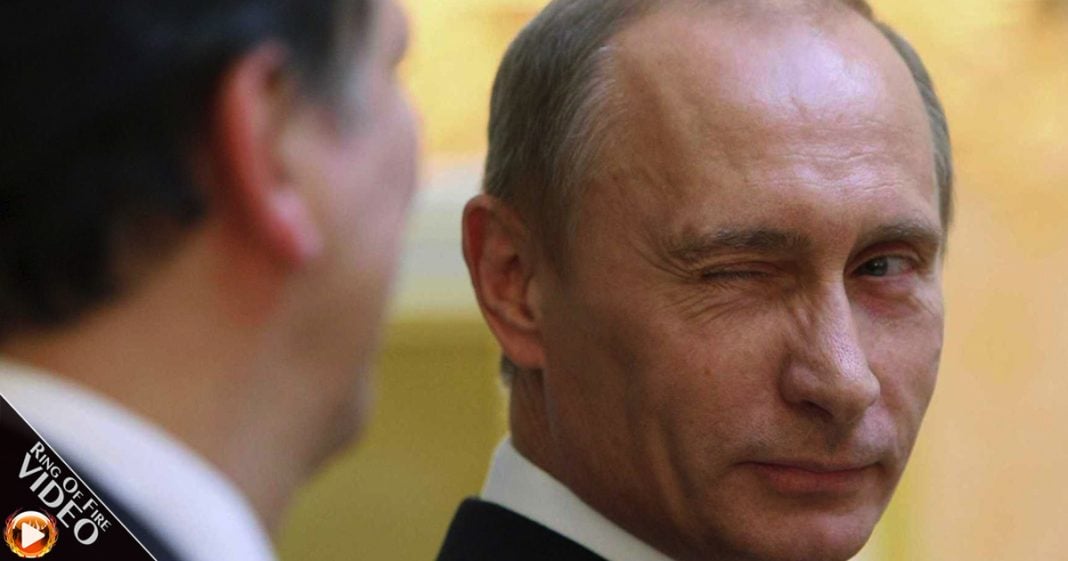 The CIA told a private gathering of US Senators last week that they are “confident” that the DNC hack was perpetrated by Russians who may or may not have ties to the Russian government. While a full investigation is definitely needed, we need to be careful about labeling a foreign country as an enemy before all of the evidence has been gathered. The Ring of Fire’s Farron Cousins discusses this.

Over the weekend, The Washington Post reported that last week officials from the CIA met with a group of United States Senators, where they briefed them on a report, saying that they were fairly confident that Russia was involved with the DNC hacked, and helped to release that information in order to sway the U. S. Election. Specifically, the CIA said, ‘We are confident that the hackers were Russian and that these Russians could have ties to the Russian government.’ That’s the part that they’re not 100% clear about, so let’s get one thing straight right off the bat here. An investigation needs to happen. There is no question about that. We need to find out the motives here. We need to find out who they are tied to. Because there is a world of difference between a Russian or a group of Russians and the Russian government. That’s like saying, ‘The United States invaded a pizzeria and shot up the place.’ Instead of saying, ‘A crazed lunatic American shot up a pizza place.’ Do you see the difference there?

If I get a speeding ticket on my way home, that’s not the United States getting a speeding ticket, that’s one American getting a speeding ticket, or breaking the law, or doing something wrong. We have to be very careful right now. We cannot make these wild assumptions that the Russian government was behind this, because right now we do not have all of the evidence. That’s very important. When we’re talking about essentially international espionage, we kind of need to make sure we’re 100% right before we do something incredibly stupid that’s going to get a lot of people killed. That’s the problem that I think the Left is having right now. They’re very angry, understandably, about this hack and the release of the information to Wikileaks, even though Wikileaks claims that Russia was not their source. I don’t know if we should even bother to believe Wikileaks at this point anymore, but we have to be careful here, folks.

We cannot just issue a blanket statement from a CIA who is refusing to release their information, as of right now, by saying that, ‘Oh, the Russian government did this.’ The CIA didn’t know. The FBI, according to The Washington Post article, did not want the CIA to have this conversation yet, because all of the information was not available. All of the facts were not there. Now I work around a lot of Trial Lawyers. They don’t go to trial if they don’t have all the facts. They’re not going to face a multi-national corporation in the courtroom if they’re not a 100% sure that they know this corporation screwed up and screwed over consumers. That’s what we have to look at this as. Some kind of a court case. We’ve got to finish this investigation.

We have to take it seriously. We absolutely do, but we have to be certain. We cannot say that the Russian government was involved with this unless we have information proving that the Russian government was involved with this. If it was a group of Russians, okay. Move forward with prosecution, work with the Kremlin, see what we can do for extradition. Whatever you have to do, that’s fine, but a citizen is not its government, so that’s what we have to be very, very careful about before we launch ourselves into a new cold war, as we head into the dark days of the Trump administration. We have to be careful. We have to be precise, and we have to make damn sure that this time, the CIA actually has their facts straight.