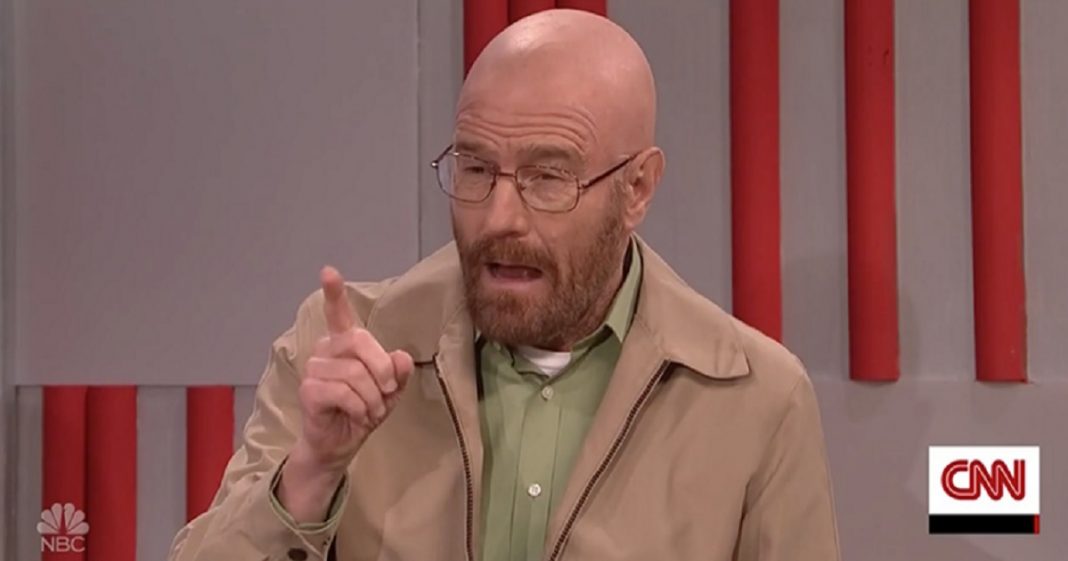 Bringing actor Bryan Cranston onto the show, SNL took Trump’s preposterous picks to their logical conclusion and proposed that Trump add “Breaking Bad” character Walter White on board as head of the DEA.

White said that he was a big fan of Donald Trump, especially because he wants to build a wall between Mexico and the U.S. which would mean a lot less competition in the drug market.

“I also like that wall he wants to build. Nothing comes in from Mexico, meaning, a lot less competition for the rest of us.”

And how did the Trump camp come to settle on White? Those who watched the show know that he’s not the easiest guy to find. Apparently, Trump criminal Stephen Bannon found him in the comment section on faux-news site Breitbart.

“You know, I’m really surprised he tracked me down because I’ve kinda been off the grid for a while.”

Walter White is back! #SNL pic.twitter.com/o9E7hc4wSr