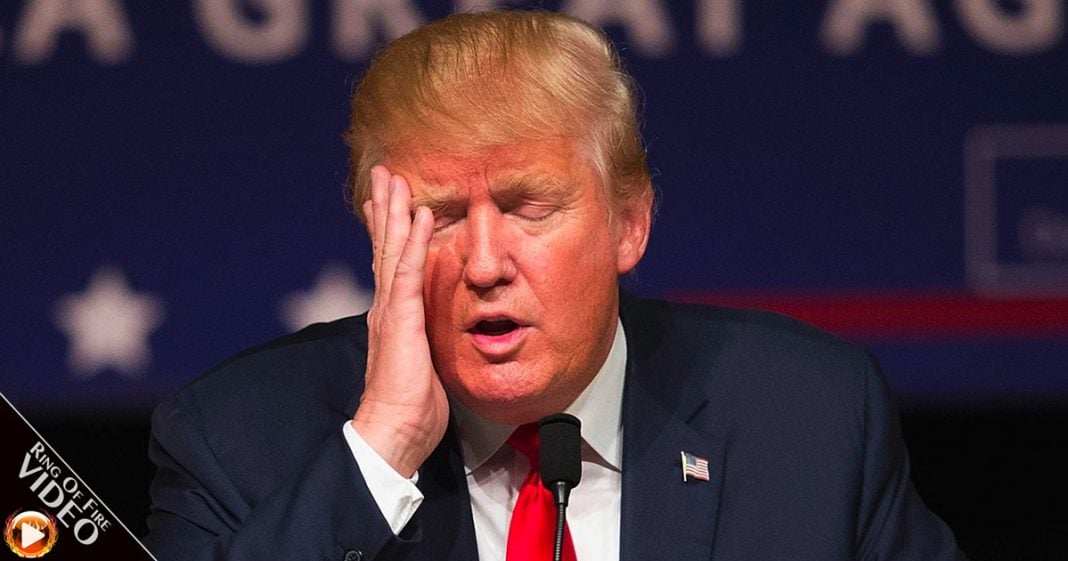 Even after top intelligence officials voiced their concerns about Trump skipping intelligence briefings, the President-elect is STILL not taking these briefings, leaving him dangerously out of touch with what’s happening in the world. The Ring of Fire’s Farron Cousins discusses this.

About a week ago, members of the Intelligence Community and Intelligence of Foreign Policy experts in the United States expressed tremendous concern over the fact that Donald Trump was skipping his daily intelligence briefings. They were worried about the fact that the man has absolutely no clue about what’s going on around the world. He has no clue who is a threat to the United States, who is not a threat to the United States, who is a threat to another country, and vice versa. He doesn’t know, and that’s what these intelligence briefings, that the President-Elect is supposed to take, are used to educate with. That’s what he needs to learn; that’s what he has to learn as an incoming President.

That was a week ago, but then today, just this week, Senate aides confirmed that Donald Trump is still not taking those intelligence briefings like he should. This is incredibly dangerous, obviously, for the fact that Donald Trump has to understand what’s happening in the world in order to rule us. More importantly, it just shows how arrogant this man truly is. That’s what’s a little bit more scary. It’s not only that he doesn’t know what’s going on, it’s that he doesn’t care, which means that he’s going to do whatever the hell he wants to do, anyway.

Think about this: for somebody as arrogant as Donald Trump and as thin-skinned as Donald Trump, and as powerful as Donald Trump is about to be, we have seen what he does to a union leader on Twitter. What’s he going to do to a world leader when they stand up and make fun of him, or call him a name, or insult America, or insult him? What is he going to do? He’s not going to have a rational response. He’s not going to have a reasonable response, because his skipping of these meetings shows that he has no respect for the military or for the Intelligence Community.

He will act unilaterally without consulting anyone, and that is very, very terrifying. There’s no other way to really say that, and there’s no way to even make light of this. This is something that everybody living within the American borders, or as an American abroad, needs to be concerned about, very concerned about. Donald Trump doesn’t know what’s happening in the world. He doesn’t know who our real enemies are, and he doesn’t know who our real allies are, and he’s about to control the military. He’s about to have the access codes to several thousand nuclear weapons that, if he gives the go-ahead to fire them, there is nothing can be done to stop that, and he won’t be bothered with taking these intelligence briefings.

What’s going to happen when he’s actually the President? Is he still going to ignore them? Is the rest of the world going to look at these stories, showing that he’s not paying attention to intelligence, and use it against us, use it to plan an attack? Who knows? Unfortunately, that’s just something we have to wait and see, because we’ve elected a President that is so stupid and arrogant that he can’t be bothered to learn what the threats to the United States truly are.