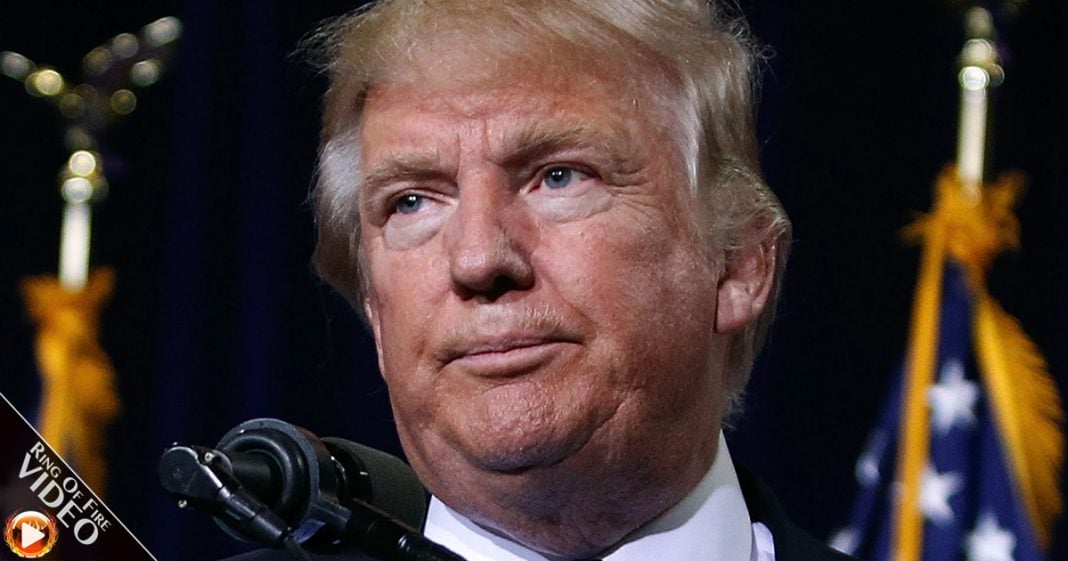 A new poll shows that a majority of Americans, including Trump voters, believe that he has failed during his transition by packing his cabinet with hacks. I guess the GOP should have been a little more careful with who they voted for. The Ring of Fire’s Farron Cousins discusses this.

In what should come as a shock to absolutely no one, a new poll from US Today shows that only 41% of Americans actually approve of the job that Donald Trump is doing during his transition, that includes the people he’s choosing for their jobs. 41% of Americans say he’s doing a good job, the rest of them, 59%, not so happy with it. Again, that’s not surprising.

Donald Trump has, by far, done one of the worst jobs in picking a transition team and running his entire transition than any president in modern history. That’s actually what this poll shows. He is pulling less done George H. W. Bush, less than Bill Clinton, lower than George W. Bush, and lower than Barack Obama.

What’s the problem? The problem is that people see that Donald Trump is literally picking the most unqualified people for their positions to serve in his cabinet. I have to wonder if Donald Trump himself is out there picking people based on what they hate. A great example, Scott Pruitt for the EPA. The guy hates the EPA, and now he gets to run it. Elaine Chao for education secretary. She hates public education, so now she gets to run it. Jeff Sessions, a hugely racist guy, so let’s put him in charge of the justice department. Ben Carson hates, hates government-funded housing projects, so we’re going to put him in charge of HUD. Do you see where I’m going?

By the same logic, Donald Trump, ‘I hate pickles, so perhaps I should be in charge of agriculture. Maybe I’ll just do away with all cucumber farming and pickling in the United States,’ because that’s what these other idiots are going to do in their positions. You’ve put them in charge of something they hate that they want to destroy and you’ve given them the power to destroy it.

Pruitt is absolutely going to repeal the best parts of the EPA protecting the environment; Chao is going to push forward with school vouchers that are going to kill public schools and reduce the quality of education in the United States; Ben Carson is going to strip funding for public housing, sending millions of people out on to the streets. That’s not okay. The American public sees this, they understand it, they know it, and most of them are starting to wake up. That’s what this new poll shows. People get it.

It’s been a month since the election and people are already waking up to the fact that they were conned big time, and they’re not going to fall for it again, at least I hope not, because again, in two years, we can flip the House and we can flip the Senate. That will leave Donald Trump as a lame duck, impotent president for two years because there’s no chance in hell this man is going to win a reelection in 2020, as long as the Democrats don’t put up somebody stupid again. All I’m saying is that the polls right now are actually looking pretty good because it gives me hope that the American public truly does understand that they got conned, but now they’re starting to get angry.