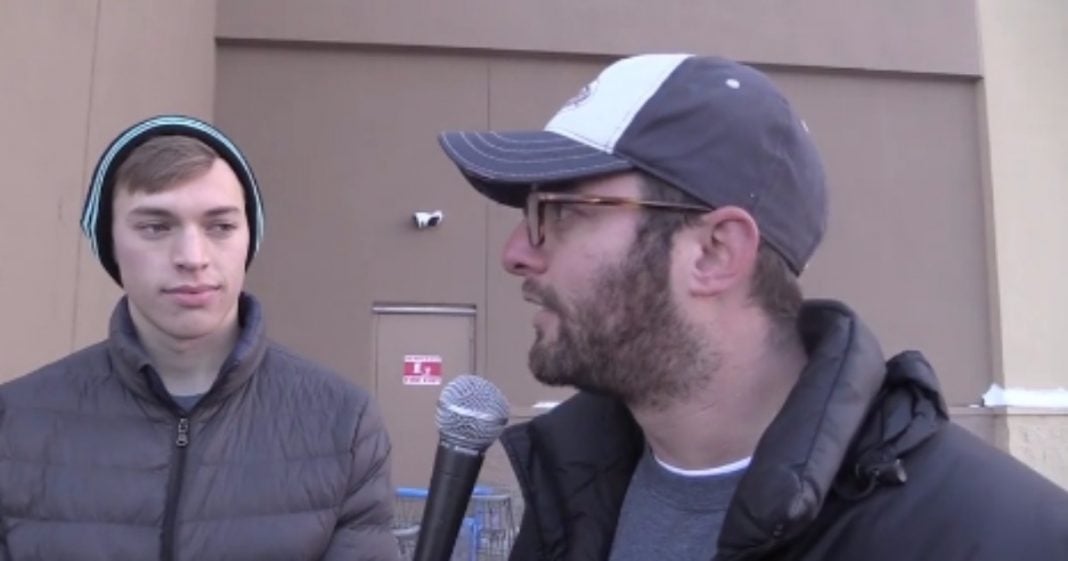 During a subversive interview with The Young Turks reporter and head of TYT Politics’ Jordan Chariton, regular North Dakota residents revealed their media-developed bias against the NoDAPL protest, showing just how much media bias and corruption can control the narrative of controversial issues.

While the media likes to assume the thoughts and beliefs of middle-America, working-class citizens, TYT‘s Jordan Chariton took to the streets in North Dakota last weekend to find out exactly what citizens in the state believe about the ongoing Dakota Access Pipeline protest.

Decked out in a local disguise (a camo Chevy shirt with a Ford hat and a Midwest accent), the TYT reporter attempted to gain the trust of regular residents to find out just how much they knew – or didn’t know – about the protests.

The individuals Chariton spoke to believed that the protesters were wasting their time and were merely interested in raising a fuss rather than standing up for the issues. They felt that their protest lacked direction and a clear message. They also felt the pipeline was an inevitability, and better yet, that it would only be a positive for the state’s economy.

To be clear, the individuals that Chariton interviewed are not stupid or uneducated, they are merely misinformed by a local media with an agenda. If they aren’t exposed to the natives’ side of the issue, how can they fairly judge the ongoing struggle?

This is the sort of thing we need to be paying attention to, both in regards to NoDAPL and the wider conversation about media and politics.

Thank you, Chariton, for trying something different in a sea of uniformity in reporting.