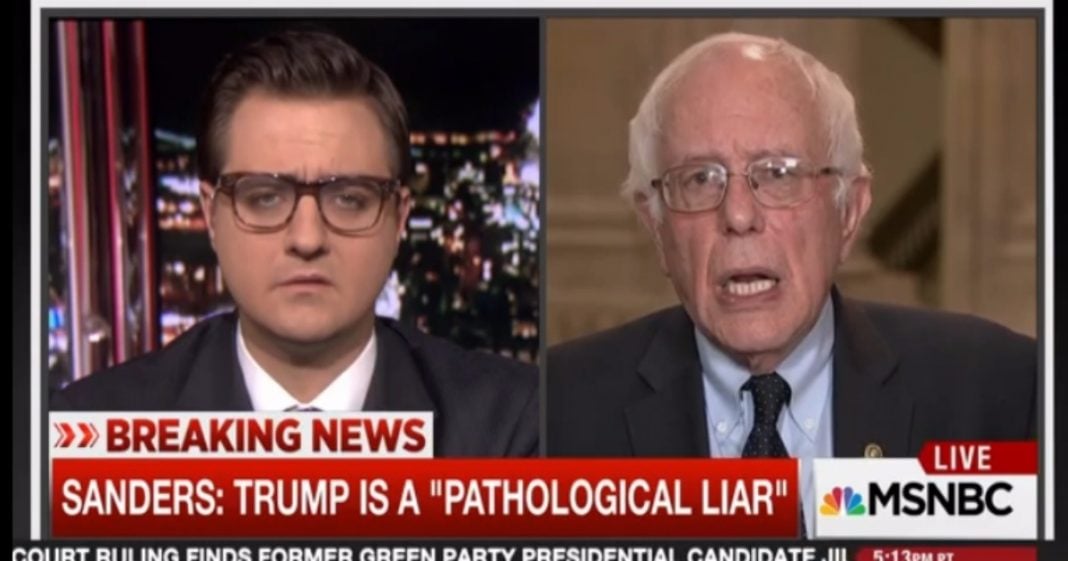 Senator Bernie Sanders made an appearance on MSNBC on Thursday, Senator Sanders said that the President-elect is a pathological liar who cannot be trusted.

Sanders spoke with host Chris Hayes and discussed the newest insanity from President-elect Donald Trump. The Senator noted that words like “incredible” and “unbelievable” no longer can be applied to Trump because each day, he gives the public something new and terrible to marvel at.

In response to Trump’s feud with a Carrier union leader, Sanders said,

“As is usually the case with Mr. Trump, there is more beneath the surface.”

“Some jobs were saved at carrier and we’re all happy about that. Bad news is more than half the jobs are still going to be outsourced to Monterey, Mexico, where people are paid three bucks an hour despite Trump’s campaign promise that he would save all of the jobs.”

Sanders went on to note that though Trump promised to be tough on exporting corporations, he instead gave a massive tax break to Carrier to keep them in the country.

Sanders then issued a strong statement which he noted he was saying without a bit of joy or happiness.

“What do you do when you have a President-elect, soon to be president who – and I say this not happily, but I think most people who observed him would agree – is a pathological liar who changes his mind, asking does any of that matter?

And I think the answer is, and I am working very hard on this, and we need the help of the American people obviously, is to build a movement of millions of people who actually are following reality. And that’s the challenge. Real change in this country is not going to come from Capitol Hill.”