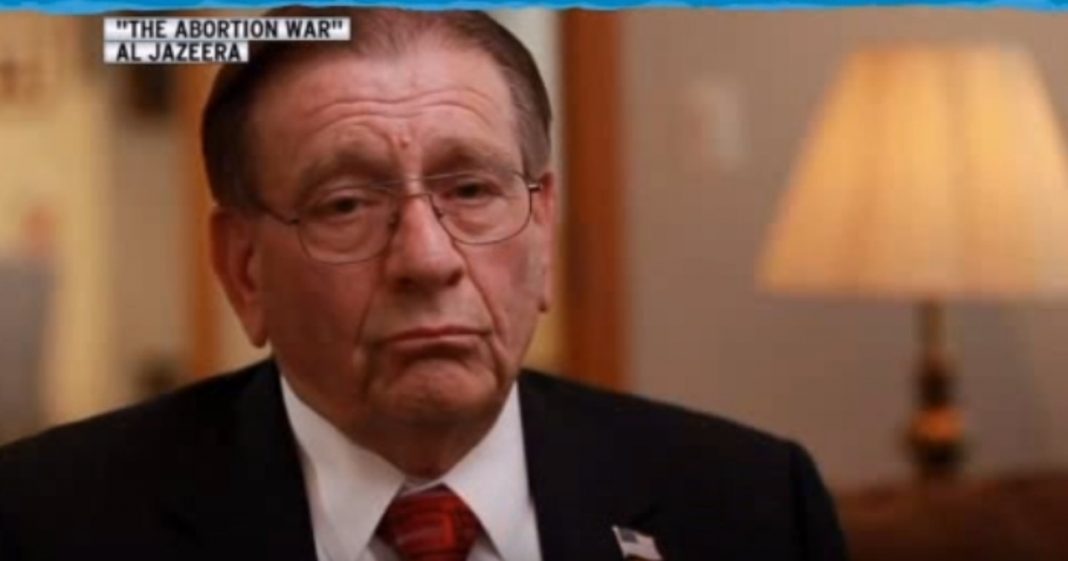 Increasingly, the real-life stories that come across legitimate news organizations are giving satire sites like The Onion a run for their money.

In an interview with Al Jazeera , the lawmaker who was part of the proposed heartbeat law in Ohio said that he had never even thought about why a woman would want an abortion.

Republican Representative Jim Buchy, a strong proponent of the bill, was asked to reflect on the women the law would actually affect.

“What do you think makes a woman want to have an abortion?”

Buchy was clearly lost at being asked such an obvious question and he was so oblivious to the importance of the question that he even laughed.

Never even thought about it.

It is already a disconcerting fact that most of the people making decisions about women’s bodies are old white men who have never experienced the consequences of either terminating a pregnancy or carrying it to term. But in this case, the lawmakers’ ignorance was made so clear that it is almost painful.

The law being proposed in Ohio would ban abortion as soon as a fetal heartbeat can be detected – which can be as early as six weeks. This law, if passed, would be by far the most restrictive abortion law on the books. Normally, we could feel confident that the law would be immediately struck down as it is a clear violation of Roe V. Wade, but in Trump’s America, the rules have all changed.

This law, if passed, would ban abortion at such an early point that many women would pass the threshold before they were even aware they are pregnant. How can women have a choice when the choice is taken away long before they are even aware of their own pregnancy?

This is why women need proper representation in all levels of the government, and this is why we are meant to elect knowledgeable, rational people to political office instead of religious zealots with no critical thinking skills.