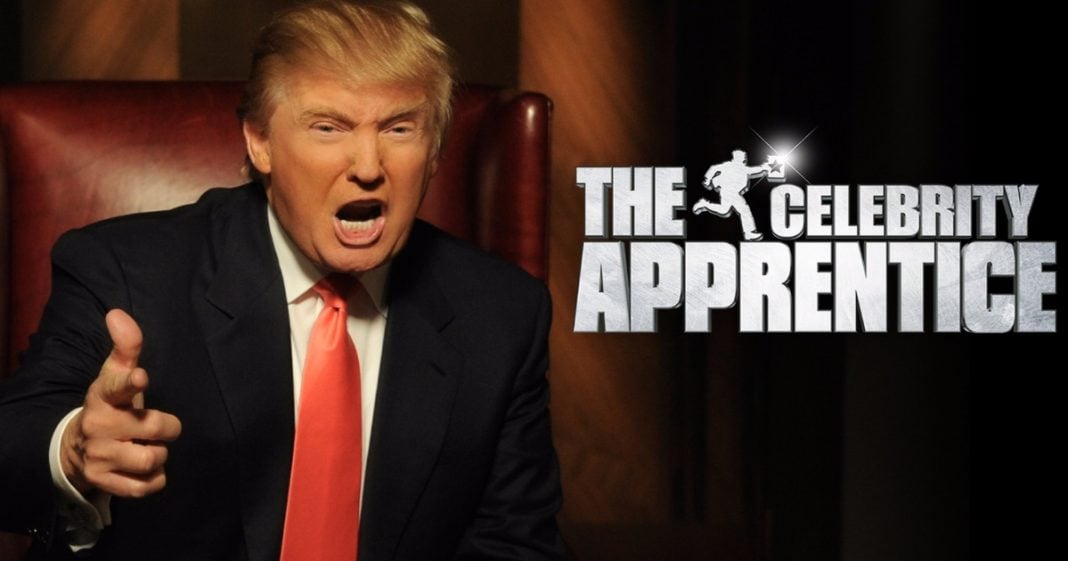 2016 is truly the year that keeps on giving!

According to Variety, Donald Trump has decided to stay on as Executive Producer on his hit trash show “Celebrity Apprentice.” Apparently he figures he doesn’t have enough to do as president, so he needs to add hanging around the set of a reality show with Arnold Schwarzenegger to his list.

Of course, there are MAJOR conflicts of interests with a sitting president being on the payroll with a major news network, but considering he has ignored every other written and unwritten rule, we don’t imagine Trump will give a damn.

“The fact that a sitting president will be on the payroll of a current TV show is another example of the thicket of potential conflicts of interest raised by Trump’s segue from private businessman and TV star to commander-in-chief. However, past presidents have published books during their time in the White House, so there is precedent for a president earning royalties while in office. In the case of President Obama’s 2010 book “Of Thee I Sing: A Letter to My Daughters,” his profits from the Alfred A. Knopf publication were donated to a charity supporting the children of disabled veterans.”

Knowing Trump, he may pretend he is giving the money to charity but really stash it like a greedy squirrel preparing for winter.

Trump is going to keep doing whatever he wants to do until the people at the top tell him “no.” As we’ve seen so far, there is almost nothing that Republican leadership will say no to as long as Trump continues to green-light their horrific political plans. From stacking his cabinet with Goldman Sachs elite to staying invested in a dozen businesses, Trump will only stop if he is told to do so – and no one is speaking up.