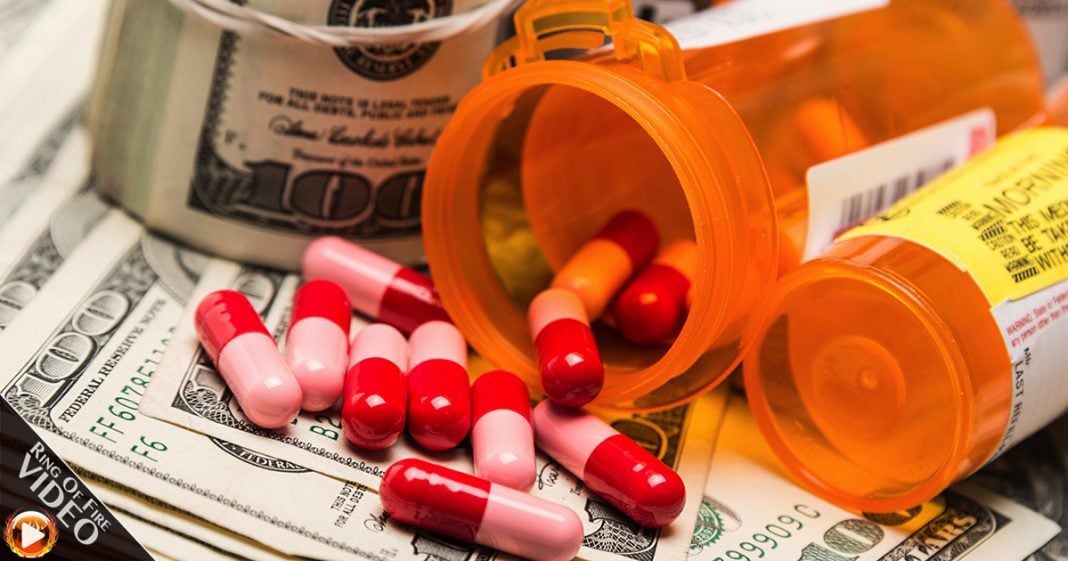 Senate Republicans blocked an effort by Bernie Sanders to lower drug costs and allow for the import of lower-cost drugs into the United States. With the GOP, it is ALWAYS profits over people. The Ring of Fire’s Farron Cousins discusses this.

The 21st Century Cures Act, as we have discussed in the past, is a horrible piece of legislation that is essentially going to defend the FDA and allow pharmaceutical companies to ram through any drug they want without adequate testing. As this bill has already passed the House, it’s currently making its way through the Senate.

Senator Bernie Sanders, earlier this week, introduced an amendment to this bill that would have forced pharmaceutical companies to negotiate drug prices with the federal government as well as allowed the importation of low-cost drugs from overseas, from Canada, from Mexico, if we have to. Anywhere where the same drug costs less, the United States can import that drug and sell it to American consumers at a very reduced price. This measure, this amendment by Bernie Sanders was defeated by Senate Republicans because apparently Senate Republicans believe that American public is not entitled to low-cost prescription drugs. The federal government has no business negotiating drug prices for Medicare or Medicaid or anything like that. The only instance where the government is allowed to negotiate drug prices is with the VA, which is great, but we need it for the rest of us too.

The reason for that, again, is because as Bernie Sanders tried to fix, we don’t let us import lower-cost drugs, and we don’t let the government negotiate drug prices. Simple as that. Big Pharma is legally allowed to price-gouge United States citizens, and the government said, ‘You know what? That’s just fine with us.’ Republicans love it. Democrats, most of them apparently seem to love it too.

Less than two years, that’s the point, to make their money back. Here’s the real kicker. Most of that research and development money that drug companies spend to develop a new drug, it actually comes from the federal government, from taxpayers. You’re paying for your drugs twice. You’re paying to make them, and then you’re paying to use them. That’s the American way. That’s what Republicans think it’s just fine for Big Pharma because Big Pharma makes a killing off of these drugs. Unfortunately, many of them are drugs that people have to have to survive. Diabetes medications, heart medications, anti-psychotic medications. God knows a lot of us need those right now. We’re paying twice. Big Pharma’s reaping all the benefits.

The reason we’re paying such high cost for drugs is because we allow direct-to-consumer advertising. One of only two countries that actually allow that. Big Pharma, instead of spending billions and billions on research and development, they’re spending billions on advertising. That’s the money they’re trying to recoup. That’s why we’re paying such higher costs on top of the not being able to negotiate drug prices and all the other things. The main one is that advertising money that they have to get back.

It would stand to reason that if we, like every other country in the world with the exception of I think it’s New Zealand, outlawed direct-to-consumer marketing of pharmaceuticals, that advertising budget would disappear. We wouldn’t have to recoup those costs. Maybe we could get lower-cost drugs here in the United States.

The bottom line, and Bernie Sanders knows this and that’s why he’s trying to do these things, they’re about a million different options we have to lower the cost of drugs in the United States. Every time we’ve tried, it is the Republicans and a handful of corporate shill Democrats who block it because for those guys, it is always profits over people.