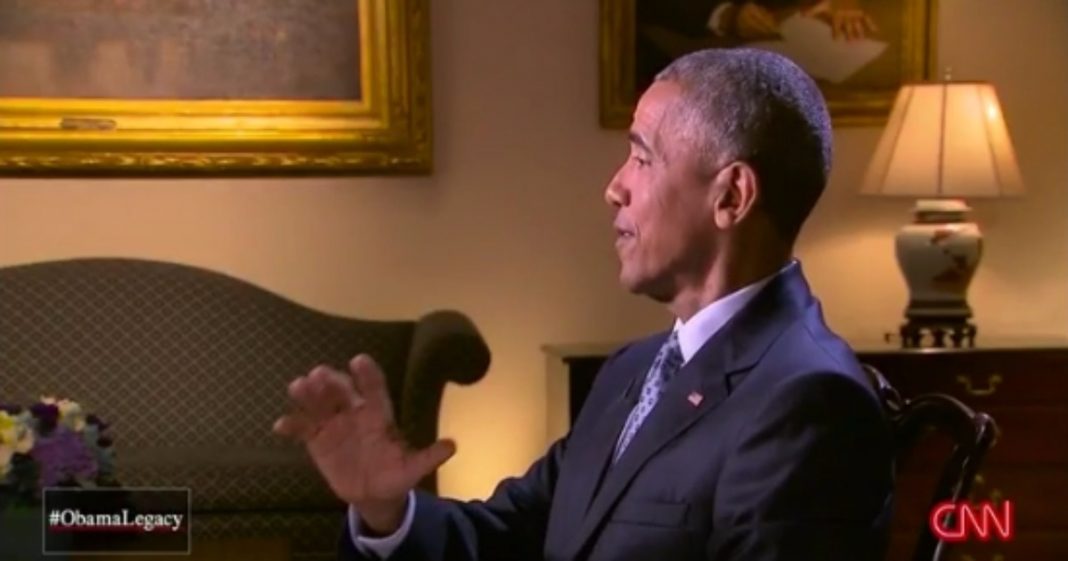 President Barack Obama may have broken major barriers when he became the first mixed-race president elected in the United States, but as anyone in this nation knows, racism did not die on his inauguration day.

Though Obama has always been careful to avoid strong statements about racism during his eight years, he has been labeled a racially divisive president and has drawn out the worst in White America.

Through it all, the president never said a word of complaint about the way he was treated based on his race. He never sent out an angry tweet insulting those who created racialized caricatures or said he was a Muslim or Kenyan or demanded his birth certificate.

But nearing the end of his second term, the POTUS opened up to CNN’s Fareed Zakaria on a primetime special titled, “The Legacy of Barack Obama,” about how race has shaped his presidency and shown the best – and worst – of the America he led.

“Are there folks whose primary concern about me has been that I seem foreign ― the other? Are those who champion the birther movement feeding off of bias? Absolutely.”

Still using the careful language of a respectful leader, the President attempted to make it clear that he saw a clear division in regions among those who treated him with respect and those who could only see his race.

”I think there’s a reason attitudes about my presidency among whites in northern states are very different from whites in southern states.”

Hearing these comments from the President, I am torn into two differing opinions: one is sadness and outrage that in 2016, we are not past this. That in fact we have regressed decades by electing Donald Trump.

But my other thought is that Obama could have done so much more to draw more attention to racism and racial division. He had a responsibility to all other people of color who may follow him to do what he could in the eight years he had. Maybe it wouldn’t have made any difference. After all, he is regularly blamed for Black Lives Matter by those who despise the group.

But the president thought by ignoring race and the role it played in his own administration, he might have been able to affect change. As we see from his replacement, no such change has been affected.

.@POTUS to @FareedZakaria in #ObamaLegacy: Are there people whose primary concern is that I seem foreign? Absolutely https://t.co/VLBUR6m6es