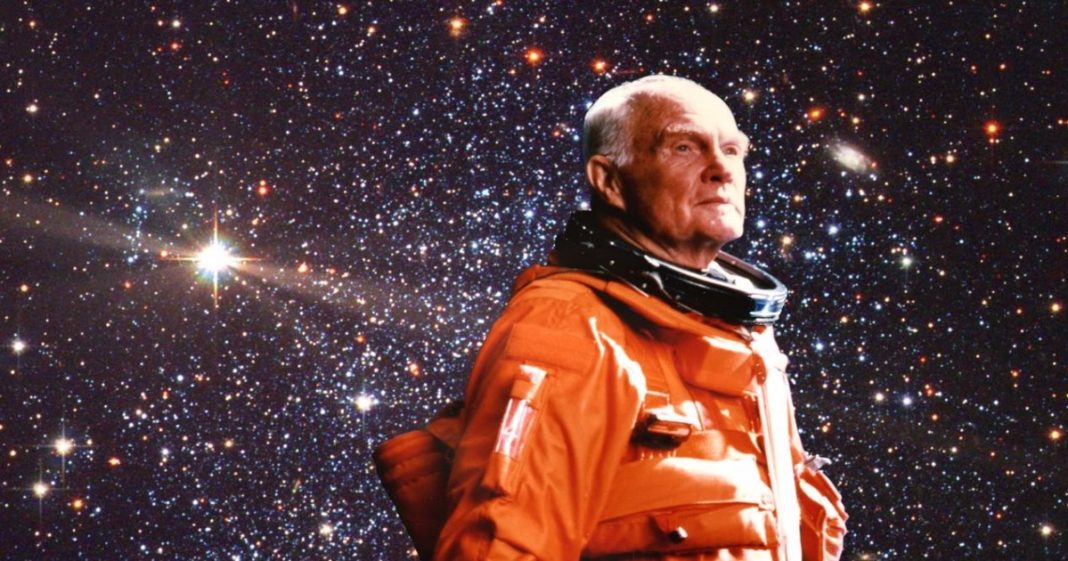 John Glenn, the first astronaut to take a trip around the earth, will continue on his journey around the sun no longer. At age 95, the last of the first men in space has died at the age of 95.

It was announced on Wednesday that Glenn had been hospitalized at Ohio State University after suffering a stroke. Then on Thursday afternoon, the news broke that Glenn had died.

Glenn was scheduled to attend an event in his honor in his hometown of New Concord on Thursday morning, but he was unable to attend. Now instead of honoring his life, they will be honoring his memory.

Glenn was among the first American men who received the honor of entering space, the Mercury Seven. In 1962, Glenn flew the Friendship 7 mission which was the first to orbit the entire earth. Glenn was only the fifth person to been to space.

Though his accomplishments in the early days of space were massive, Glenn was not satisfied and went on to become a Democratic Senator in his home state of Ohio. In 1998, Glenn returned to space and became the oldest person to fly in space at age 77.

For the last three years, Glenn has been the final surviving member of the Mercury 7, but now all 7 have been put to rest on the planet they once left (some more than once).

When Glenn was launched into orbit in 1962, control famously said, “Godspeed, John Glenn.” Today, the world thanks Glenn for his contributions to science and says one final time,