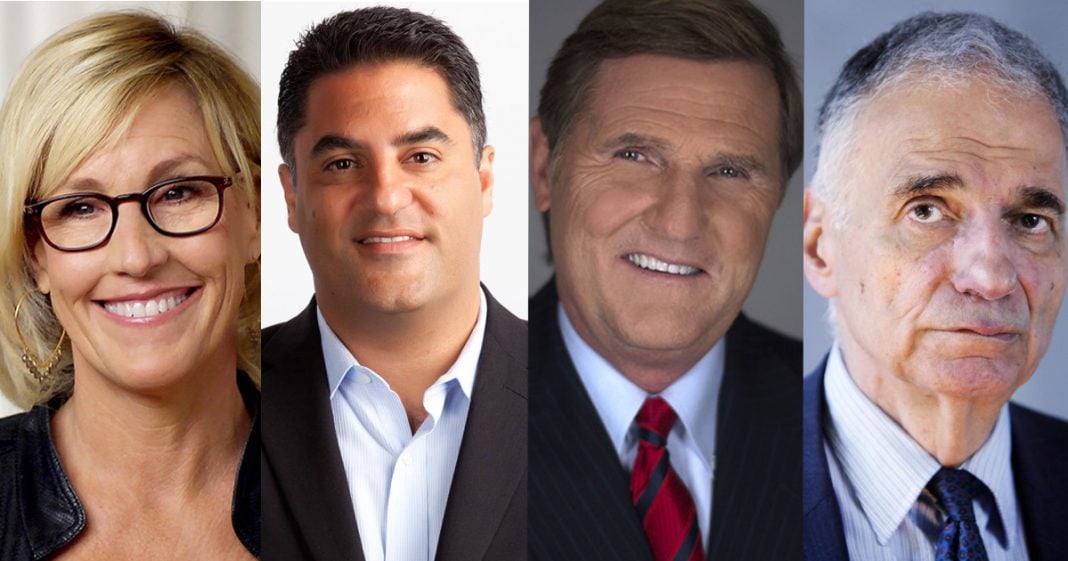 “America’s Lawyer” is set to premiere on RT America on December 14, beginning what is being billed as an entirely different sort of legal show about corporate crime and the trial attorneys who seek justice on behalf of the American public.

“America’s Lawyer” will invite some of the nation’s most well-known attorneys and legal minds to discuss the issues that most affect the American public.

The first episode of America’s Lawyer, airing on December 14, will feature an appearance from environmental activist Erin Brockovich. Brockovich will talk to Papantonio about the ongoing human-rights violations and environmental disaster of Flint, Michigan, among other vital issues.

In addition to Brockovich, among the high-profile list of guests you can expect in the first few episodes of the show is former presidential candidate, attorney, and activist Ralph Nader. In another episode, host of The Young Turks Cenk Uygur will join Papantonio to discuss their shared interest in independent media.

Though these are just a few notable names, it is a trend that is expected of “America’s Lawyer” as Pap is set to speak with the people that matter about the issues that matter even more.

Papantonio himself is the past president of the National Trial Lawyers Association and was inducted into the Trial Lawyer Hall of Fame in 2015. He is a senior partner of Levin Papantonio – one of the largest plaintiffs’ law firms in America – that has handled mass tort cases involving pharmaceutical drugs, asbestos, breast implants, factory farming, securities fraud, tobacco and others.

Papantonio is also co-author of Air America: The Playbook which was listed by The New York Times as a Political Best Seller.