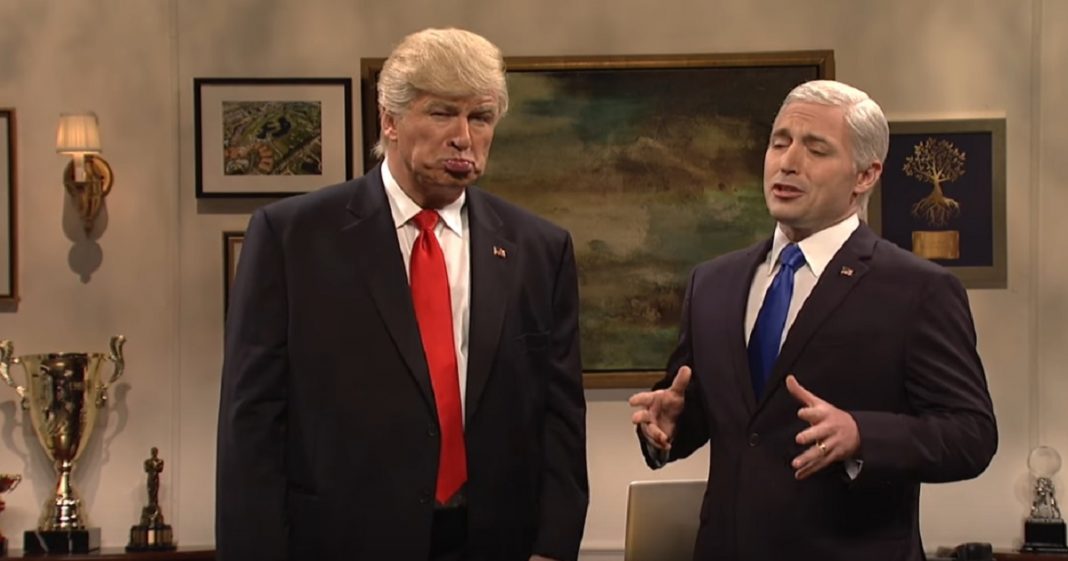 How do you know as a comedy satire show that you are doing the right thing? When the pea-brained demagogue who is soon to rule your country says you should be canceled.

At least, that’s how “Saturday Night Live” can judge themselves after Donald Trump has repeatedly called the show no good and said it should be canceled.

But on Wednesday, the president-elect continued to rage against the show during an interview on NBC’s “Today.”

“I hosted ‘SNL’ when it was a good show, but it’s not a good show anymore. First of all, nothing to do with me, there’s nothing funny about it. The skits are terrible.”

Apparently in the space of a year, SNL made its epic dive in quality. To many others who regularly watch the show, it has only gotten better in the last year due to a cohesive and talented cast.

Trump also said that while he generally likes Alec Baldwin, he thinks his impersonation of the president-elect is way off.

“I do like him and I like him as an actor, but I don’t think his imitation of me gets me at all.”

We are all aware of the rage-filled tweets from Trump posted on Saturday evening when the President-elect should be doing a host of more important things. Instead, the man apparently sits in his golden apartment and stews over the (extremely accurate) impersonation by Alec Baldwin as he explains that he can’t stop tweeting because “my brain is bad.”

Now sure, that’s a bit insulting – but that’s exactly what it is meant to be. If a president cannot handle being ridiculed and mocked 24/7, they are in no way equipped to be president. That’s just how it is. More than anything else, the modern-day president serves as a figurehead in which the American public places its hopes, dreams, and fury.

If Trump can’t shut his gob about a comedy show making comedy, he needs to go find a safe space far, far away from the nuclear codes.