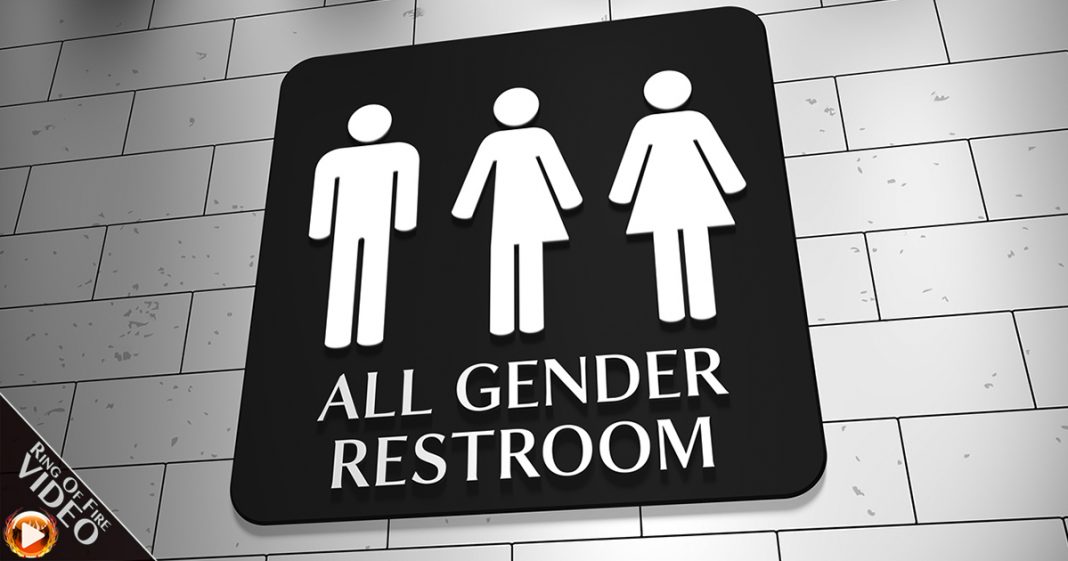 New, anti-trans legislation in the state of Texas could cost the state hundreds of thousands of jobs and close to a billion dollars in lost revenue as businesses threaten to pull out of the state for being so regressive and transphobic. The Ring of Fire’s Farron Cousins discusses this.

Businesses are warning the state of Texas that they’re about to lose a lot of economic activity if they move forward with their plans to enact repressive regressive bathroom bills like we saw coming out of North Carolina where you have to go into the restroom that is coincides with the gender listed on your birth certificate. Again, this is coming from the state of Texas.

Here’s what’s happened so far in North Carolina, and this is what businesses in Texas are warning them about. The state of Carolina, North Carolina, excuse me, has lost hundreds of jobs. They have lost the economic revenue from several different massive sporting events that have pulled out of the state which would’ve brought hundreds or thousands of dollars in economic revenue into the state. Overall these bathroom bills in North Carolina have been a net negative for the economy and for the job market. Yes, as these people told us, it is 100% because of these transphobic, homophobic, bigoted laws that North Carolina has passed.

The state of Texas wants to copy that. Businesses are starting to freak out. According to business analysts, the state of Texas, if they follow through with these bathroom bills, could lose close to $1 billion in revenue from businesses either moving out of the state or other sporting event-type things cancelled in the state because of these bills, in addition to the state losing upwards of 850,000 jobs within the state of Texas. Close to 1 million jobs, close to $1 billion worth of economic activity just because republican legislatures in the state of Texas are so bigoted. These bills are nothing but transphobia at it’s worth. In fact, the logic that they use to defend these, like, ‘Would you want a man in the restroom with your little daughter? What if he rapes her?’ Hell, the only instances we have of bathroom rape taking place, or bathroom assault I should say, are people going into check other people’s genders. Why is it such a big deal? It’s the bathroom.

If somebody wants to go into a bathroom to rape somebody the sign on the door isn’t going to stop them from doing that, unfortunately. These people make absolutely no sense with any of their arguments. The only reason these bills exist is because republicans believe that being homophobic, being transphobic, just in general being bigoted, helps them win elections. For the most part, sadly, it really does help them win elections. Look at Donald Trump. Look at the state of Texas. Look at North Carolina. Those people there hold these deep seeded bigoted views that these things actually help them.

Meanwhile, the rest of the country that’s actually living in the 21st century finds them appalling. That’s why you end up with these massive boycotts of entire states because of these people. These bigots don’t even realize that they’re hurting themselves economically. They don’t realize that because they hate transgendered people so much they could literally lose their job, but they don’t care. All that matters is what’s between your legs and which bathroom you go in when you’re out shopping. Apparently to some people that’s actually an important issue.