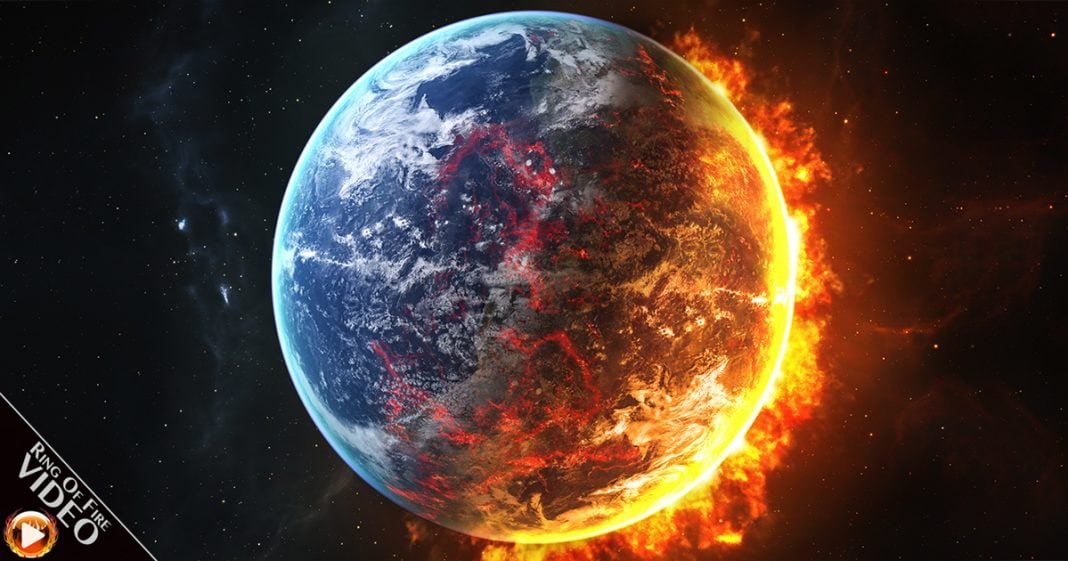 A group of 800 scientists have signed onto an open letter to President-Elect Trump warning him that climate change is very real, and that if he doesn’t take the threat seriously then we’re all in very big trouble. The Ring of Fire’s Farron Cousins discusses this.

In September, 375 scientists wrote an open letter to the American public begging them not to vote for Donald Trump. In late November, after the election, 2,300 scientists from around the world, including world-renowned Stephen Hawking, wrote a letter to Donald Trump telling him that any efforts he has to pull out of the Paris Climate Accord or to double down on fossil fuel productions will be met with stiff opposition from the entire scientific community. Now, this week another 800 scientists have signed an open letter to Donald Trump warning him that he has to take the issue of climate change seriously, because if he doesn’t the entire planet could be doomed, and to be honest, that is not an overstatement.

Yet, we have a incoming president who still doesn’t think that it’s real. He’s packing his administration with people who do not think this is real. If I had 3,500 scientists over the last couple months send me a letter telling me that I’m doing something wrong, I’m going to listen to the people that are smarter than me, the people that have PhD’s, the people who have spent decades working in their field doing nothing but research for no personal gain. That’s another thing I think people need to understand is that these scientists, they’re not in this for personal gain trying to convince us that climate change is real. They’re not making millions of dollars off of the climate change, as Republicans want to tell us, it’s a hoax perpetrated by scientists. Well then what the hell are they getting out of it? Nothing.

So Donald Trump is essentially facing a war with the entire global scientific community, and these people finally, the scientists are ready to fight back. I mean, they have seen the lack of action from the Obama administration. They’ve seen the Democratic Party get in bed with the fossil fuel industry and increase the number of pipelines in the United States, increase offshore drilling, increase onshore drilling, increase fracking. Fracking’s now linked to earthquakes, but everybody wants to ignore that except these scientists. How about we listen to the smart guys for once? How about we stop letting business CEOs call the shots? How about we listen to the people who have literally spent decades studying instead of the people who’ve spent decades scamming? I don’t know, maybe that’s just a crazy I have, but I always think it’s wise to listen to somebody who’s smarter and more experienced than you are.

But not for politicians, either Democrat or Republican. It’s all about what the industry wants. It doesn’t matter that these people who look at these numbers look at the data every day. It doesn’t matter what they say. What matters is the guy who went to business school who wants to make another 30 million dollars this year. That’s the guy we need to listen to, not the guy over here making $50,000 a year working at a university studying climate change 12 hours a day. What does he know? I’m going to listen to the business guy.