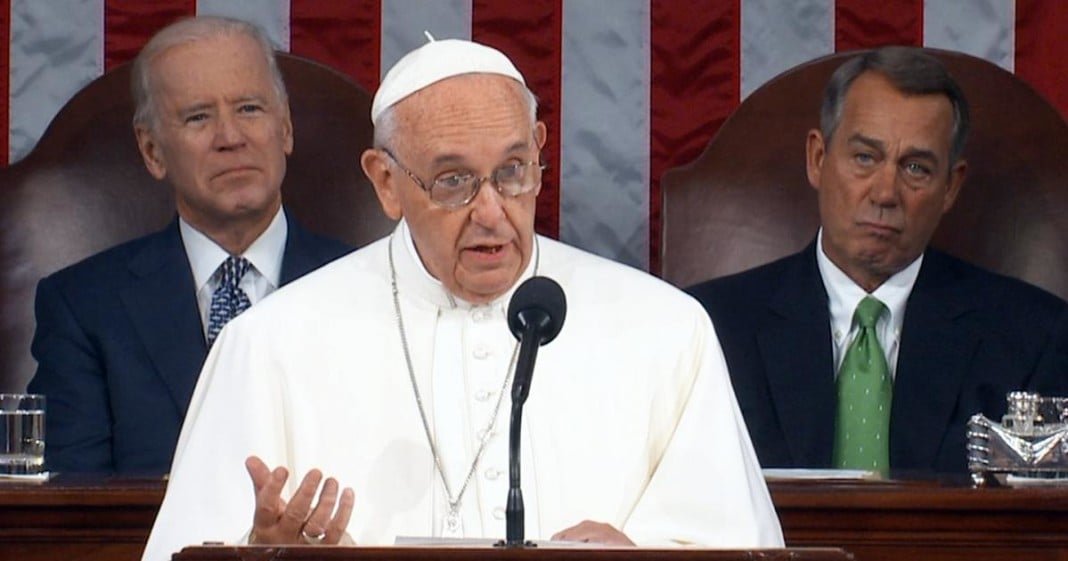 Taking his position as the moralistic slap in the face for religious folks worldwide, Pope Francis spoke out this week against fake and slanderous news being spread by media outlets.

“I think the media have to be very clear, very transparent, and not fall into – no offence intended – the sickness of coprophilia, that is, always wanting to cover scandals, covering nasty things, even if they are true,” he said.

“And since people have a tendency towards the sickness of coprophagia, a lot of damage can be done.”

The pope addressed a growing topic of conversation, not just in American politics, but across the western world. While the EU is suggesting that Russia is spreading ISIS-level propaganda, the U.S. is obsessed with the idea that they are doing the same in the states.

Meanwhile, we’ve got bored millennials with internet connections who are reaching millions of naive internet users who are desperate for any scrap of “news” to confirm their bias.

But though smutty news and tabloids have been around for decades, this new level of fake news has reached a dangerous level.

It was this degree of dishonesty that the Pope addressed this week.

“The means of communication have their own temptations, they can be tempted by slander, and therefore used to slander people, to smear them, this above all in the world of politics. They can be used as means of defamation… No-one has a right to do this. It is a sin and it is hurtful.”

You can read more about the Pope’s words on the subject at the Huffington Post.