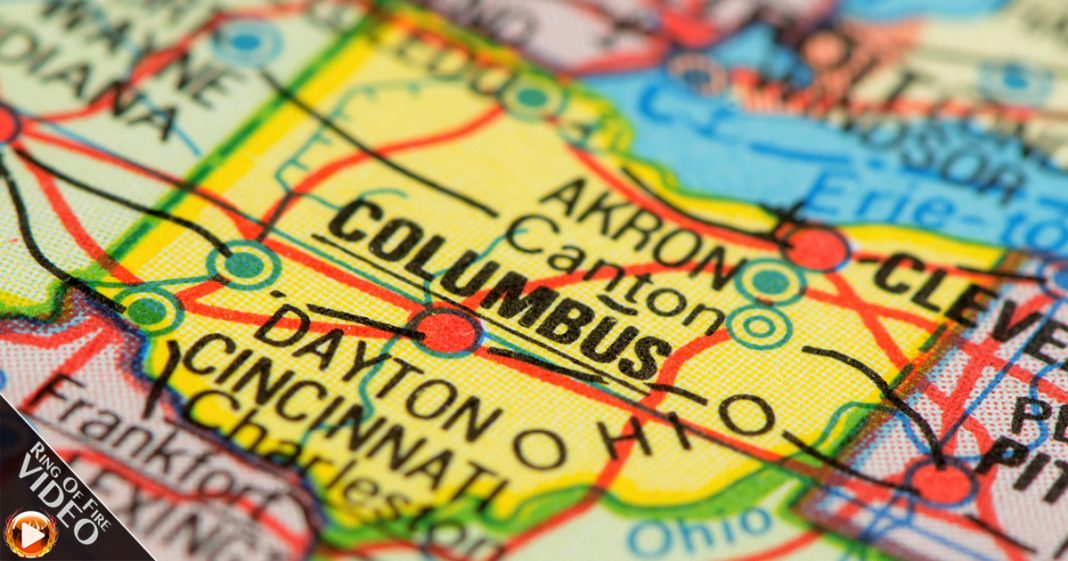 A bill that has been put forth by Ohio Republicans would ban cities within the state from raising their minimum wage beyond the state’s level ($8.15 an hour). This bill is a response to the city of Cleveland trying to increase the wages of lower-income workers. The Ring of Fire’s Farron Cousins discusses this.

The Republican controlled state of Ohio has put forth legislation that would prevent any city within the state from raising their minimum wage above the state level. At some point next year, the state level minimum wage for the state of Ohio is going to be raised to $8.15 an hour, one of the lowest rates in the United States. The reason this is happening is because both Cincinnati and Cleveland are attempting to raise their minimum wage. There is a huge group, Cincinnatians For $15 an Hour, that is gaining a lot of momentum in the city of Cincinnati. The Republican controlled legislature, along with Republican governor John Kasich, want to stop these initiatives in their tracks.

The big question is why? We know obviously that Republicans are in the pocket of businesses, and businesses do not want to pay higher wages. So I guess the question is why. We have seen enough case studies from cities that have raised their minimum wage up to $15 an hour, how strong that makes the local economies. So that’s the question here. It’s not just, ‘Republicans don’t want to do it because they’re in the pocket of big business.’ Everybody knows that. You don’t have to make that point. The question is, why are they not looking around and seeing how well the minimum wage increases are doing across the country? Why are they not looking at the fact that when you give lower income workers more money, they spend more money in that local economy? The money stays there.

These aren’t people that are going traveling the world, spending their money in Paris and London. They’re spending it close to home. The money stays in the economy. It goes back to the businesses that now have more people spending money at their businesses. It all works that way. Reverse trickle down, or I guess you’d call it trickle up economics, actually does work. We can see it all over the country. Look anywhere where they have raised the minimum wage and there was an increase in economic activity. Businesses are not closing their doors. Workers are not losing their jobs. Those are Republican talking points that simply aren’t true. So why are businesses not falling in line with this? Yeah, for the first couple weeks, you’re paying out more. But within a month or two, that money’s coming back to you by the way of economic activity, people buying more things from your businesses.

It makes sense. We have all of the evidence we need. So why is the state of Ohio trying to screw lower income workers? That’s a question that legitimately cannot be answered. You can’t answer it by saying that Republicans are simply in the pocket of big business. You can’t answer it by saying that businesses don’t want to pay their employees more. We’ve seen the evidence. It benefits businesses, so at this point, businesses are fighting against their own self-interest. What’s going to happen is other states, cities that raise the minimum wage are going to see increased economic activity. They’re going to have employment migration to those areas for that reason. States like Ohio that choose to remain in the past and pay people a pittance, they’re going to fall by the wayside and end up in economic ruin, only because they can’t look around and see all the evidence that raising the minimum wage helps everyone.