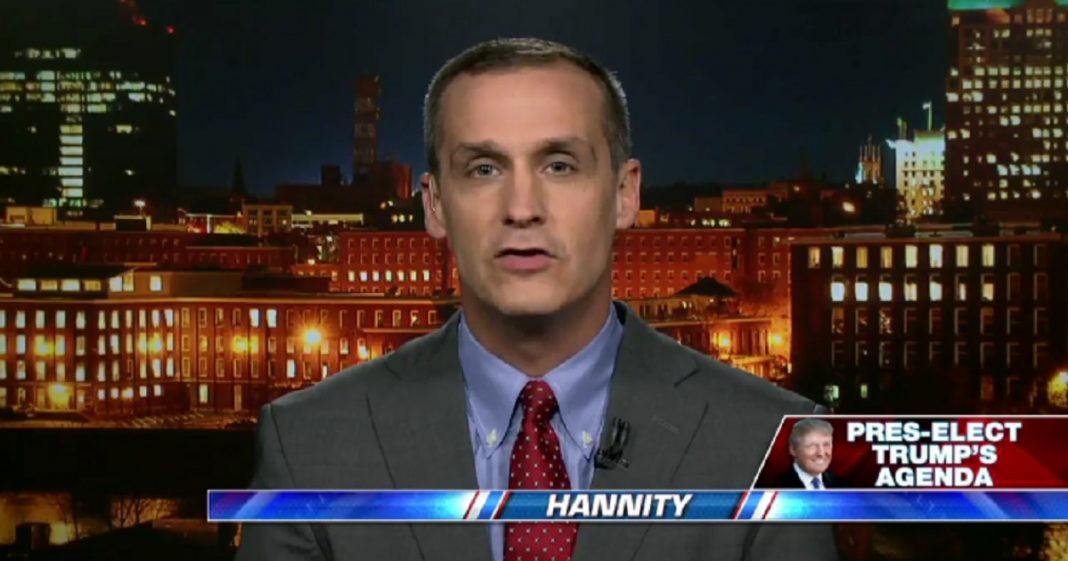 During the Tuesday interview, Lewandowski tried to steer the conversation away from legitimate criticisms of Trump’s carrier deal and instead inform anyone who didn’t know that it is now ok to say “Merry Christmas” again! Yay!

“Which means Merry Christmas, which you can say again because Donald Trump is now the president. You can say it again! It’s okay to say—it’s not a pejorative word anymore.”

Except… when was it not ok? Oh no need to worry about details like that!

Instead, just enjoy saying “Merry Christmas” without any imaginary fears of persecution or social scorn. Now if you want to say “Happy Hanukkah” or “Joyous Kwanzaa,” you had better tread carefully. Trump’s America isn’t so kind to that sentiment.

Repeatedly throughout Trump’s campaign, the President-elect had referred to the apparent fear that Christians have about their ability to say “Merry Christmas,” the trumped-up “war on Christmas,” was as legitimate as any other war on conservative values, and Trump pledged to reverse the “Happy Holiday-ing” trends.

Now, apparently, if anyone dares acknowledge that their might be more holidays than one this month, they are set to face public outcry from furious Christians who were promised a “Merry Christmas,” Damnit!

.@CLewandowski_: “You can say again, ‘Merry Christmas’, because Donald Trump is now the president.” #Hannity pic.twitter.com/XEyeCB9tfc