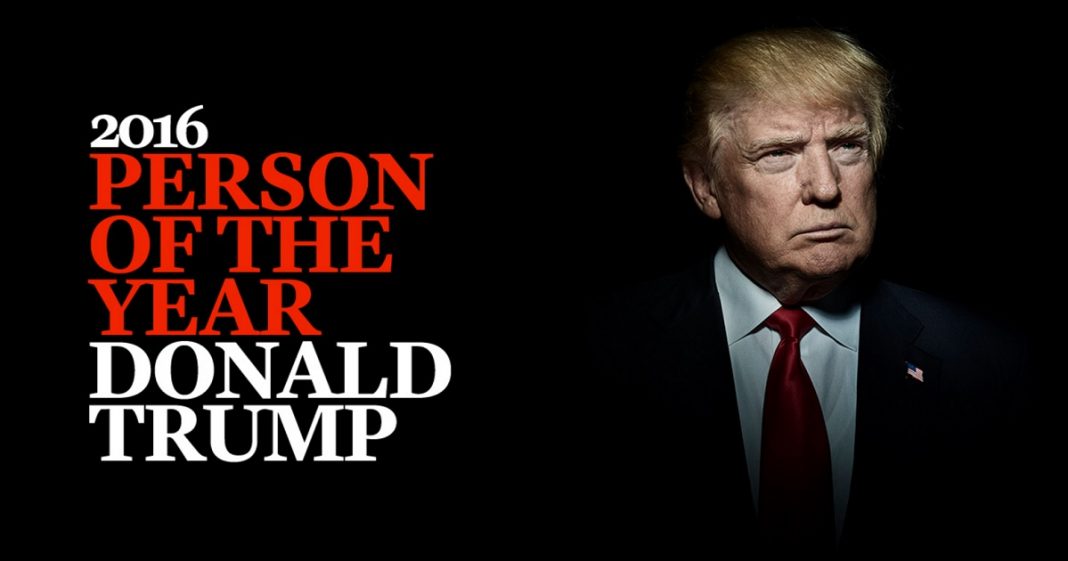 On Wednesday, it was announced that President-elect Donald J. Trump had been named Time Magazine’s person of the year for his notable impact on the nation and the world at-large.

The history of this award shows that as often as it is given to positive historical characters, it is just as often given to veritable historical villains like Adolph Hitler and Joseph Stalin.

But the one vein that runs through every winner of the notable prize is that they had an irrevocable and unmistakable effect on the world around them, shaping the very fabric of that particular year.

Love him or despise him, it cannot be overstated just how much of an effect Trump has had on this year and this nation. As the profile from the Times noted, Trump changed so much about the political game for better or (more likely) for worse. He tried something different politically, and no matter how vile, he was successful.

The cover of the Time profile features a line which calls Trump the president of a divided nation – and though he denies that he had any hand in the division – that is exactly what we are faced with now.

History will likely look back at Trump’s Time Person of the Year award much the same way we have looked at other negative leaders, but for Trump, it is just yet another accolade which rewards all of his hard and horrible work.

You can read Time’s entire profile of their Person of the Year here, but be warned: it will give you that same sinking feeling you experienced when the election results came in just a month ago.