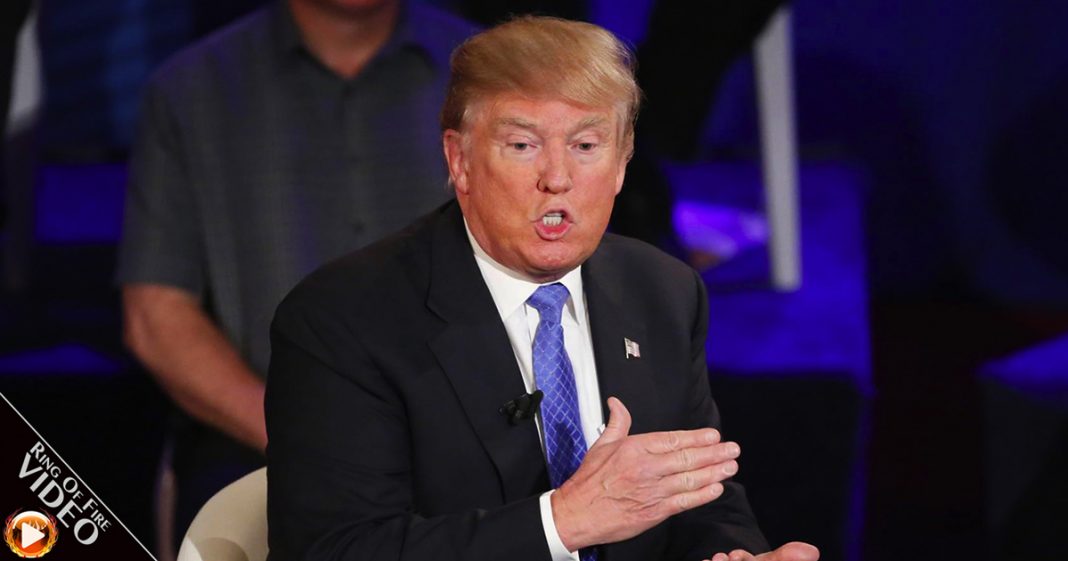 We’re starting to see more and more Republican electors come out against Donald Trump, proclaiming that they will not cast their vote for him when the electoral college votes later this month. Could we see a full-on revolt that prevents a Trump presidency? The Ring of Fire’s Farron Cousins discusses this.

We’re just a few weeks away from the electoral college making Donald Trump officially the president-elect, as it stands right now. Until the electors with the electoral college cast their votes, he’s not exactly the president-elect just yet, but here’s where things are starting to get a little bit more interesting. We’re beginning to see more and more Republican electors come out and say, ‘We will not vote for Donald Trump when we go to convention.’

Now this is a very big deal, and it is all perfectly legal. So far, I think there’s about 10 Republican electors that say they will not vote for Donald Trump. They need about 75, but those numbers are growing. According to a recent article in The Guardian, yet another elector, this time from Texas, is trying to get a group of Republican electors to band together, again, probably at least 75 of them, to vote against Donald Trump and vote for, instead, John Kasich from Ohio.

Obviously, they do not want to switch and vote for Hillary Clinton because the thought of a Democrat in office absolutely terrifies them. What they’re trying to do is prevent Donald Trump from hitting that 270 number to actually officially win the election. Yes, they can do that. There is nothing illegal. There is nothing immoral about this. That, according to Federalist No. 68, I believer it is, is why the electoral college actually even exists, to prevent an unqualified psychopath, really, from becoming the president of the United States.

According to the original intent of the electoral college, which only depends on a couple of the founding fathers who actually felt this way about it … Most of them were pretty racist. They wanted to make sure that an unqualified person would never reach the office of the president, so that’s why they supported the electoral college idea in order to get these people together so they might be able to say, ‘You know what? This guy is crazy. We’re not going to vote for him. We’re going to go somewhere else.’

If Donald Trump does not hit that 270 mark, and Hillary Clinton does not hit that 270 mark, then you’re probably looking at a massive legal headache for the country. We’d have to do some kind of unity ticket. Everything starts to get a little hazy and gray in there because we’ve never really had to do it, but the process is spelled out in the U.S. Code. It is something that’s doable. We do have a system for when this happens if it ever happens.

Now to be perfectly honest, will 75 or more electors not vote for Donald Trump? No. Sadly, no. They’re not going to do it, but with as horrible as things are right now, where we see all these absolute racist conspiracy theorists, sexist, idiots that Donald Trump is putting into office … Can’t we just have a little hope?

It’s almost Christmastime. Let’s believe in a Christmas miracle, like all those little specials we grew up watching on TV. Let’s just pretend, even if we know it’s not really going to happen. Let’s just pretend for the next week that maybe these electors will be smart enough, wise enough and brave enough to save our democracy from this demented madman who is very likely going to be the next president. That would be a Christmas miracle.