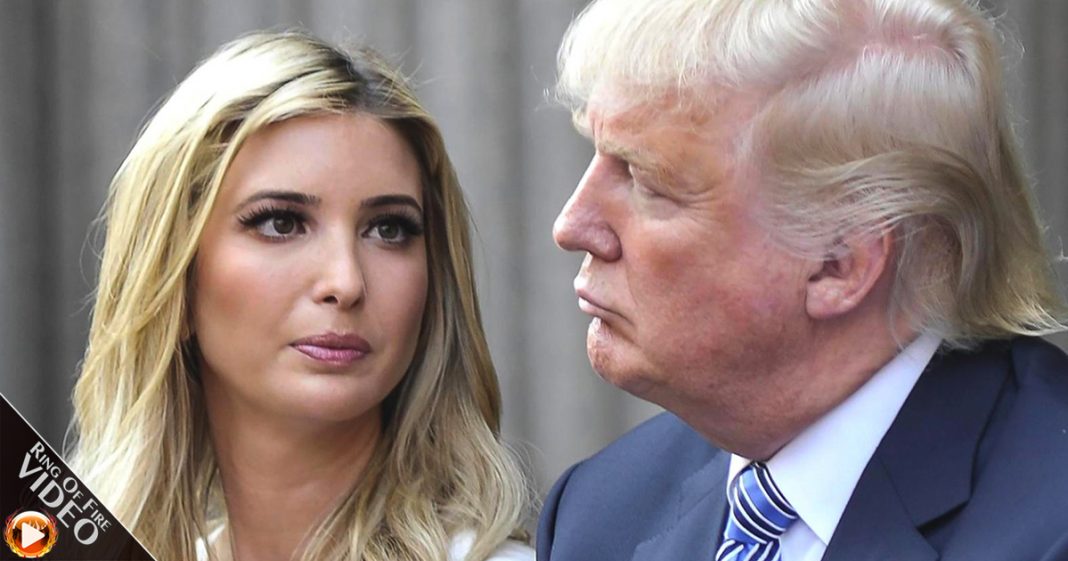 On Monday, former Vice President Al Gore met with Donald and Ivanka Trump to discuss climate strategy, after which Gore called the meeting “interesting.” But make no mistake – The Trump Administration will not take action on climate change, regardless of what Gore told them in that meeting. The Ring of Fire’s Farron Cousins discusses this.

Earlier this week, Al Gore, the Nobel Peace Prize winner, former Vice President for eight years, met with Donald and Ivanka Trump to discuss the issue of climate change. Still kind of fuzzy on the details that took place during that meeting, but we do know that after the meeting Al Gore described it as very interesting. Not exactly a comforting phrase when you’re trying to teach two idiots about climate change, but hey, at least they met with him, right? Because as we’ve seen from headlines, Ivanka Trump is going to be the champion of the Trump administration in regards to climate change. She is going to save us all, except that she is not.

These people coming into the White House, the Trumps, are the most selfish, most arrogant, and most self-centered human beings that this planet has to offer. Show me one. Show me any human being that is more self-centered than the Trumps. I don’t think that you can. They only care about their personal money, their personal life. I’m beginning to think that the Trumps themselves don’t even care about each other. I mean, we’ve seen how quickly Donald Trump throws away a wife and gets a new one. It’s pretty obvious what they care about, their own personal satisfaction. So no, Ivanka Trump is not going to be a climate change hero. She probably still doesn’t even understand the issue. It’s not something you can learn in a day. It’s something that scientists have spent decades working on to figure out the root causes. An hour, two hour long meeting with Al Gore is not going to get you everything you need to know about the issue. I know he’s a good speaker on the issue, but he’s not good enough to teach it to somebody in two hours. I don’t think anybody is.

But more importantly, the Trumps won’t do anything about climate change because their donors, the fossil fuel industry, the people that he’s trying to put into his cabinet from the fossil fuel industry, they don’t want anything done about climate change. We learned in a call this past summer, a bunch of reporters on a call about Trump’s energy policy, the day he rolled it out, all it includes is more fossil fuel exploitation, more on-shore oil drilling, more off-shore oil drilling, more fracking, more pipelines, more oil trains, more everything except renewable energy. We don’t want more renewable energy for some reason. They just want to double down on fossil fuels. That’s what he laid out this past summer. We’re hearing rumors that Rex Tillerson, CEO of Exxon, could actually end up with a cabinet appointment. So no, there will be no action on climate change from the Donald Trump administration. Ivanka is not going to do a damn thing about it, and Donald Trump’s advisors and his donors wouldn’t even let them do something about it if they wanted to.

It’s great that they chose to meet with Al Gore. However, it was purely symbolic. It was him trying to convince the public, hey, I’m not such a horrible guy. Look what I did. That is the last thing we will likely ever hear from the Trump administration about the issue of climate change.