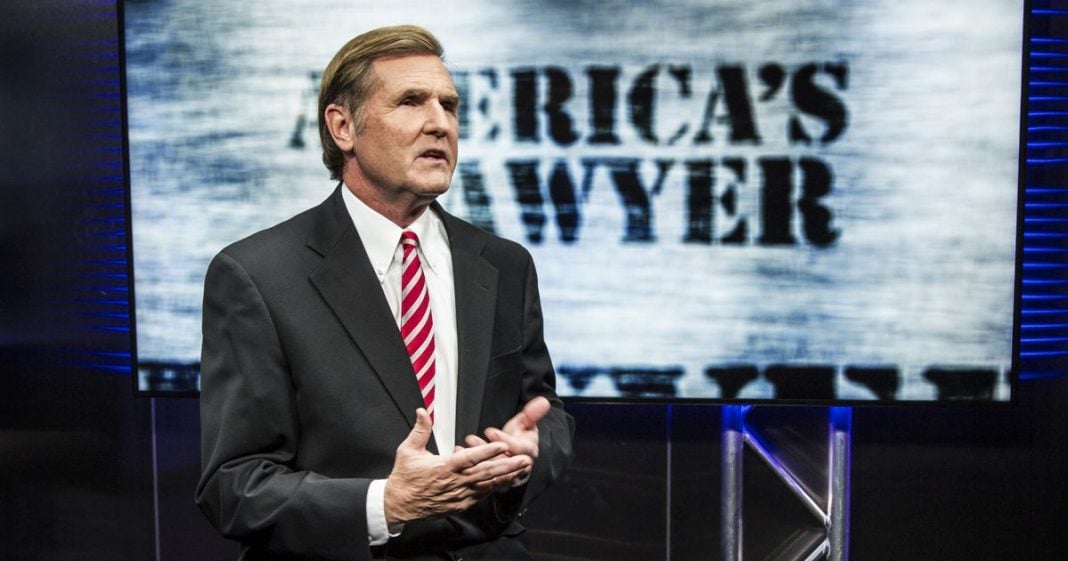 “America’s Lawyer” is set to premiere on RT America on December 14, beginning what is being billed as an entirely different sort of legal show about corporate crime and the trial attorneys who seek justice on behalf of the American public.

But one factor which gives “America’s Lawyer” the edge over its competition is its editorial freedom and ability to go after even the biggest corporation due to its location on RT America.

“America’s Lawyer” is set to join Thom Hartmann of “The Big Picture,” Ed Schultz of “News With Ed,” and Larry King of “Larry King Now” and “Politicking” on RT America, all of whom host successful progressive shows on the network.

RT America is part of a vast global news network which reaches audiences in every English-speaking nation in the world. Rather than being limited to American audiences, “America’s Lawyer” will broadcast across the globe, informing and educating viewers everywhere.

“America’s Lawyer” is expected to do well on RT America for one important reason: it has the journalistic freedom to reach out and grab any news story or controversy that it sees fit. Unlike corporate news networks, “America’s Lawyer” will not be censored by advertisers or told what to say and what not to say by a bought-and-paid for corporation.

This is a lesson that noted progressive voices on the network have already learned. Hartmann, Schultz, King and others have the freedom to call out the B.S. from both parties, and from all corners of corporate America.

It is no longer common for a television show to feel such freedom. Though many networks are available to support themselves online through direct contributions from subscribers, most corporate news networks must rely on the benevolence and cold hard cash from advertisers.

And if that advertiser doesn’t want their hosts criticizing Monsanto or DuPont or Bayer – what can they do about it?

On RT America, that is simply not the case.

When Larry King was asked about his show’s network and RT‘s reliability, King said that he never felt censored.

“I have never — never — been edited or had a show of mine not run.”

Ed Schultz echoed King’s sentiment before the election, saying that the negative perception of RT was due entirely to Democratic insecurity about the election.

“The Clinton camp is trying to do all it can to connect Donald Trump to Putin. They’re trying to cast anyone on RT in a negative light. I think it’s deplorable. We’re journalists. We’re fair. We have correspondents all over the world. Yes, part of our funding comes from the government. But so does the BBC. So does the Canadian Broadcasting Network. The mainstream depiction of RT is a travesty. It’s dishonest.”

So if you are tired of the political B.S. and “fake news,” be sure to tune in to “America’s Lawyer” and see the return of real truth and honesty on your television or internet browser once again.